Dear CEO, You’re About To Be Disrupted I was watching one of the business channels recently when a commercial for Salesforce popped on the screen. In it, Steve Weston, CEO of mortgages at Barclays, was talking about demands of customers of tomorrow when he made reference to being “Uberized out of the world.” Apparently, now not only can you be “Googled”, you can also be “Uberized”, and so can your company.

The term obviously refers to the ride-sharing service Uber, and how it’s disrupted the taxi and limousine industry since its inception in 2009. It’s not just Uber. Entire industries are being disrupted every day.

There’s a lot of talk for example, about driverless cars from Google, Apple, Tesla, and others. As these autonomous vehicles gain traction, the implications are potentially staggering. According to a study from Morgan Stanley, autonomous vehicles have the potential to save the U.S. economy $1.3 trillion per year when fully implemented in fuel savings, increased productivity, fewer accidents, and reduced traffic and congestion. Beyond transportation, other industries will be affected. Think about the impact on insurers; if autonomous cars are smart enough to prevent most accidents, what will they insure?  If there are significantly fewer accidents, how many body shops will be needed?

Over the next 20 years as autonomous vehicles become more commonplace, you and I will be able to request a ride on-demand whenever we want from a set of companies who maintain the fixed assets (cars) and use data driven algorithms to ensure that one is available anytime/anywhere within minutes of our request. When that happens, what happens to parking garages, parking lots, municipalities who count on parking fines, fees and vehicle registrations for revenue, home designers and builders who no longer need to include driveways and garages, garage door manufacturers, and local driveway paving contractors? The potential list of the “disrupted” is exhaustive and when it happens, I’ll bet few of them would have had the foresight to see if coming.

Of course, none of this is new. For centuries, new technologies have been replacing the old and companies have been threatened or superseded by new ones. We’ve all heard the story about how Kodak invented the digital camera only to have it replace its film business and how the iPhone doomed Blackberry. In my opinion, these companies were undone as much by poor decision making and hubris as they were by new technologies. They saw the change and did not take the right steps to address it, possibly because they had a legacy business to protect, possibly because they thought they were strong enough and smart enough to withstand anything.

The potential disruption is not always so self-evident. Like the garage door manufacturer who may be done in by the unforeseen consequences of self-driving cars rather than by a new garage-door technology. One of my favorite examples of this phenomenon is from the book Exponential Organizations which shares the example of car washes in Buenos Aires who were able to trace a 50% decline in revenue over a decade to more accurate weather forecasts driven by faster computing and better data. When car owners grew more confident that it was indeed going to rain, they didn’t wash their cars and car wash owners’ revenue dropped as a consequence.

Think about your own business. How well are you prepared for disruption, not just from your known competitors, but from changes in technology, your customers, and the market? How confident are you that you are “looking around the corner” at the potential disruptions that may “Uberize you out of the world”? Remember, Uber is less than 10 years old and it’s already had a huge impact on more than one industry. You may not have as much time as you think. 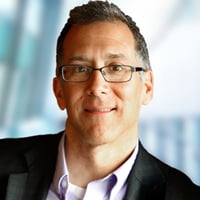