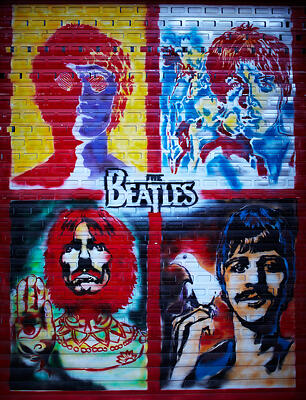 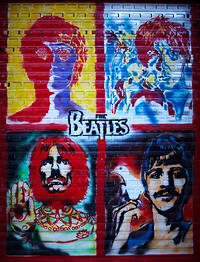 I did not like the Beatles when they first came to America, but I am a contrarian by nature. Today, John Lennon and Paul McCartney are music icons that created a legacy of sound and lyrics. The Beatles created some of the most recognized and memorable songs of today. "I don’t read music, you got a problem with that?" - said Paul McCartney. They created music from what came into their minds. How did they do this and become world renown? I suggest to you they “played it by ear.”

Looking back, some of the Beatles early songs in my view were awful. How many of us go around humming  “Hold Me Tight” for example? The good news is even when they wrote a bad song, they would  persevere and create a winner. Some of their earlier songs were characterized by structure and instrumentals that stayed relatively the same throughout a track and “played it safe,” none of which is a bad thing. But what made them visionaries and stand out among the multitude of musicians, was their ability to create music that didn’t follow the rules and flowed in different directions based on their intuition.

Play “Heart and Soul” by ear

I'm sure that anyone who has played the piano initially taught themselves to play a song like “Heart and Soul” by ear without any sheet music to guide them. Likewise, many highly successful CEOs “play it by ear”. They don’t give in until they get it right. Of course, they make some mistakes along the way, but they all improvise and fix things on the fly. Why? They are driven visionaries. At one point, Apple was going bankrupt. Imagine what Apple would be like today if Steve Jobs gave up and did not drive his vision?

Many successful CEOs follow their intuition and create their own rules

The phrase “play it by ear” is often used figuratively to mean "handle a situation in an impromptu manner" without reference to pre-determined rules or guidelines. Or, as some might say - by the seat of your pants. Yet, I suggest to you that often CEOs have to create new rules or ignore the rule-book, because the rules don’t always match the vision. Jeff Bezos had no rule book when he founded Amazon. Howard Schultz, founder of Starbucks, did not follow rules when he created his business. Larry Page ignored the rules when he created Google. And Rupert Murdock, Chairman and CEO of the News Corp publishing dynasty has a legacy of creating his own rules.

When the rules or data didn’t fit their vision and what their intuition was telling them, they all created new rules and “played it by ear.” They all had a vision and were contrarians to the rules that existed at the time. They improvised and made their own rules, allowing them to expand beyond the status quo of their competition.

The most successful CEOs validate their intuition

Like creating new music, when you are creating a new product or service to satisfy a perceived need in the market, you should validate the idea by talking and listening to what the target customer is telling you. Create a go to market strategy and validate the strategy through collecting and objectively analyzing customer feedback. The key to success is that our intuitive skills help us create and our validation skills help us fine tune.

Have you ever played “Heart and Soul” or listened to someone that did? What happened when a note or two was missed? Did playing stop? Or did the playing continue in hopes that next time you didn’t miss the notes? Like playing "Heart and Soul," great leaders keep moving forward and are not afraid to make mistakes in validating their insights. Today there are so many social media based tools available that are tremendously cost effective and efficient in helping to test and validate vision and insights. These new social media based tools are easy to learn and quick to implement. Twitter, Facebook, Pinterest, Google, on-line survey tools like Survey Monkey are just a few of the many tools strategic marketers can tap into to create, validate and implement their marketing strategies and tactics.

Great leaders inspire their teams to achieve tremendous success. They create the rules and push past the road blocks. They never give up. Sir Paul McCartney, who celebrated his 71st birthday this past June 18th, has become a master at guerilla marketing. He performed this summer at Bonnaroo and just this week, he surprised us again with an impromptu appearance and performance in the Famous New York Times Square to promote his “New” album. He continues to “play it by ear.” Maybe you should too! You got a problem with that?