Are You a “Disruptor” in Your Market? Three Questions to Ask Right Now 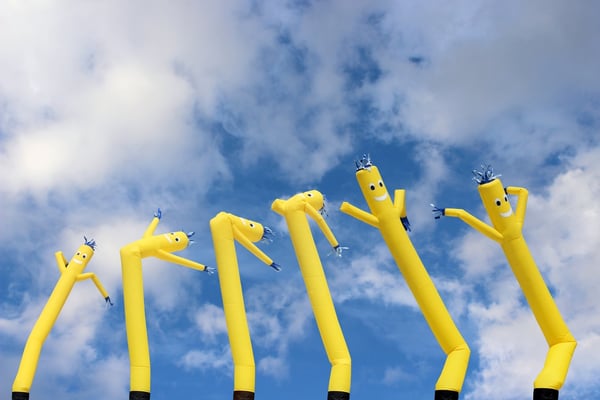 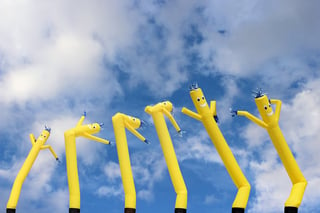 January 15, 2009, was a brisk, cold, winter day in New York City. Everyone in the “Big Apple” was going about their business as US Airways Flight 1549 lifted off from LaGuardia Airport Runway 4 at 3:24 p.m. on its way to Charlotte, NC. We all know the story of what happened next – the “Miracle on the Hudson,” with all souls on board rescued, despite a nearly impossible situation for the pilots.

Bird strikes have been, and continue to be, an important safety issue in commercial aviation. A group of four Utah tweens, inspired by the events of that cold January day, decided to do something about it.

They focused on bird strikes that occur in the immediate vicinity of the airport. They looked at sound systems and other solutions before discovering a Cornell University study that showed that random motion scares off birds. So, they came up with an incredibly low-tech solution – a small, battery-powered windsock air dancer, similar to the one your local pizza place might use to attract customers.

And it works! Despite the drive for sophisticated solutions, and the investment of millions of dollars into aviation high-tech, these tweens figured out a low cost, low-tech solution that is now being used to improve flying safety at airports.

Though these four tweens may not have realized it, their invention has labeled them as “disruptors” in the aviation space. Disruptors, by definition, look at things in an entirely different way. They are not bound by the “rules” of the existing space. In some cases, they are mindful of the “rules,” but choose to disregard them. In other cases – as with these tweens -- disruptors don’t really know the rules, instead making them up as they go along. That makes them even more powerful, because no possible solution is off limits.

We have all watched Elon Musk as he disrupts the markets for automobiles and space transport. In both cases, skeptics declared that Musk was crazy -- yet Musk now has the ability to launch space vehicles in a fraction of the turnaround time, and at a fraction of the cost, of the existing incumbents.

Now he is pushing the Boring Company (one that is quite exciting despite its unfortunate name) to build tunnels. He wants to increase by 15 times the digging distance of tunnel machines! People in the tunnel industry actually seem offended, with one person expressing with indignation, “Does he think we are stupid?”

What about your company? Are you a disruptor, or one of the incumbents? Are you looking at a new competitor in your business and scoffing at them? Who are they? And how could they possibly find success against you, with your long-established position in your marketplace?

Well, simply ask the food companies like Kraft Heinz and Campbell Soup, or any one of the major grocery chains. “Experts” in these industries have long held that Amazon could not possibly penetrate the food business because of the complexity of fresh groceries – until last month, when, in one move, and within ONE DAY of the closing of their purchase of Whole Foods, they created a seismic wave in the market by dropping prices across the board, and driving down the stock prices of all of the incumbents.

Here are three disruptor gauges -- questions you can ask of your business, to ensure your company is the disruptor, and not the disruptee:

Studies support the idea that the best companies, from an operational standpoint – those that deliver consistently and efficiently – are also, surprisingly, among the weakest in driving growth, precisely because they are so busy day to day.

If you have “head-down” syndrome – not necessarily a bad thing if you are a strongly focused operator – you also need to carve out some “head-up” time to immerse yourself in the nitty gritty of what is happening OUTSIDE your company, and in your marketplace.

By doing so, you will pick up information -- little clues that may sow the seeds of a disruptive idea that could propel you to your next strata of growth. Or, you could ignore the marketplace, simply because you feel that run a very fine company without any focus on disruption. And then, perhaps, you could become the disruptee. I know which one I’d rather be.