What Nemo Knows About Organizational Success: Six Steps to Mastering the Power of Team Alignment I keep thinking about the pivotal scene in Finding Nemo when the school of fish is caught in a big, menacing net. Nemo takes the helm, shouts “Swim down!” and the combined downward force of the school detaches the net from the ship. Because of Nemo’s quick thinking, and the school’s trust in his plan, they’re able to escape out of the net to fish freedom. If just a few of his schoolmates had traveled upward or sideways – they’d be fish sticks.

It’s the same story with business projects and initiatives. Without team alignment, you are, in effect, battering and deep-frying your chances of success from the very beginning.

To be clear – we are not talking about agreement, where the destination, route and swimming technique are acceptable to 100 percent of the school; instead, alignment is about deciding to cooperate and to do whatever is required–regardless of whether or not everyone agrees. In achieving alignment, we hope that our team members recognize that by swimming alone, they will more certainly become bait for a larger fish, or become fish sticks.

Of course, gauging whether your team is aligned can be a moving target. Those awkward silences, wary head-nods and glazed eyeballs can seem like a lack of alignment – but if the team indeed trusts in the common good–and has enough confidence in the leadership and management team to know that the common good is paramount in return–you can successfully move forward.

So, how do we tackle the issue of alignment, in order to achieve better organizational success? Business leaders can follow these six steps to make sure they’re on the path to alignment, and free of the menacing net. These six steps are as follows:

No matter what decision is made, there won’t be a fair chance at success unless everyone agrees to pull in the same direction. A half-hearted attempt will be diminished, skewed, or possibly even end up sending the group down the wrong tangent.

For each risk identified, determine what the organization would have to start, stop or continue doing in order to mitigate the risk. Will those actions bring the risk down to an acceptable level? Is the organization willing and able to take those actions? It’s a process worth spending some time on, as it can help everyone—even those who don’t agree when a direction is chosen—understand why the decision has been made, and feel invested in aligning with it.

Investing in the process of finding alignment is worth the time. When project teams are aligned and initiatives flow smoothly, leaders don’t have to micromanage – because the details seem to take care of themselves; and if conditions change, everyone corrects course efficiently and fluidly as a unit, like Nemo and his school. If you follow the six steps above, you too will have the tools to empower your team to swim together, moving as a cohesive unit in the same positive direction.

CEOs: What if you’re the one who doesn’t agree with a group decision? Should leaders empower their teams to go in what they believe is the “wrong direction”? We’ll answer this question, and explore the art of Managing from Paradox in my next post. 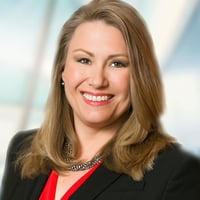 A growth-acceleration expert, Sharon Spooler has implemented marketing strategies that have catapulted companies to enhanced profitability, both through significant revenue growth and efficiencies that reduced the cost of customer acquisition. In a career spanning more than 20 years, Spooler has helped B2B and B2C companies to implement focused strategies in marketing, product management, and analytics. As a results-oriented marketing leader, Spooler has provided significant value for both startups and major corporations, through an approach that marries strategy with customer and market analysis. Chief Outsiders labels this approach as the Growth Gears, which include 1) developing customer and market insights, 2) driving marketing strategies that align with customer and market insights, and 3) leveraging technology to implement marketing programs efficiently, with scale in mind, and so they can provide the learning necessary to provide additional insights. By following this approach, Spooler has transformed the approach to marketing for companies of all sizes.
Want to join the discussion? Leave a comment here.