A large, global beverage brand wanted to expand its ready-to-drink business into the explosive Energy category to build share, respond to consumer interest and create more scale at the retail point of purchase (e.g. better merchandising, shelving and promotion) behind a family of brands versus a single moniker.

The difficult challenge of entering a category dominated by Monster and Red Bull would also require the client to think differently about how to approach millennials.

To expand into the energy category from being known as a rich, creamy beverage product

Get back to the core of what makes the product distinct and own it—natural coffee (vs. artificial ingredients)

“Spending time with the consumer upfront thoroughly reinforced the need to stay close to the mother brand’s coffee expertise. We needed to highlight and celebrate the superior quality of the product rather than shy away or pretend to be something the brand is not. By listening, engaging and collaborating with energy drink consumers along the way, we realized that having more natural ingredients (less artificial colors, additives and sugars) was an unmet category need, as was expected in ALL their foods. As a purveyor of the world’s finest coffee, the mother brand possessed that expertise to a greater degree than anyone. The competition was unable to offer anything comparable.”

Internally, management believed that straying away from the brand’s core beverage would endanger the equity of the brand. Some felt an entry into the highly commercial Energy category would create the brand image of a me-too product. Failure would be highly visible.

Externally, two brands dominated the category with 90% share that left little room for new competition. Retailers had healthy margins and were not convinced a third brand was necessary nor accretive in building category sales.

Marketing spending would be a challenge, given the amount both competitors were already spending. This would require a different type of advertising model.

To get back to the core of what makes the product distinct, we studied consumer habits, practices, pain points and purchase hierarchy. The team applied those insights to create a variety of conceptual, competitive positionings by price, package, placement and taste. Then, we created a differentiation exercise to identify parity vs. differences for formulations.

We worked directly with high-potential consumer cohorts (athleisure, teen, college, fitness) on the recipe and enrolled retail store employees early on as thought leaders and influencers. Collaborating with modern trade retailers on size, packs and terms, we opened a test market in simultaneous urban centers for six months. Then, we measured specific, early KPIs for a quicker, pre-aligned go/no go national expansion.

Qualitative and quantitative test market research validated that “Coffee + Energy” would be distinct. And enrolling store baristas ahead of time proved that our influencer strategy on social media worked. Finally, measuring core brand equity triggers before, during and after launch showed company management that the entry was brand accretive.

“The solution was to create a distinct sub-brand that highlighted natural green coffee as an energy drink (a “shot” of coffee triggered emotion). The product was pre-tested with heavy energy drink consumers to make sure it was great tasting and satisfying their energy needs. With that in hand, the team went early and often to store retail baristas to test the products, concepts and formulas as they were being created and enlisted them as thought leaders and influencers as the product was created.”

“The buzz that influencers created at launch from their own experiences would be the basis of the launch campaign on social media, which spread quicker and more deeply into the early adopter community than traditional media. Lastly, the sales team pre-aligned the largest retailers to the test market KPIs and national expansion criteria. They provided weekly result updates to have them prepared for the timeline and ready for national launch six months faster than previous launches.”

The KPIs for final go/no-go national expansion were set up before the test market began in collaboration with retailers for quicker alignment (margin, sales, incremental category share). This showed core retailers the company was easy to work with by also measuring their overall category growth and margin enhancement.

Record-breaking share growth for the company, 100% incremental category sales and a national roll-out six months earlier than previous efforts were bolstered by retail margins that met to exceeded expectations and brand equity measurements that grew among consumers cohorts. Ten years later, the sub-brand is one of the most successful ready-to-drink beverages ever launched, has a family of 20 SKUs and is available in 20+ countries. 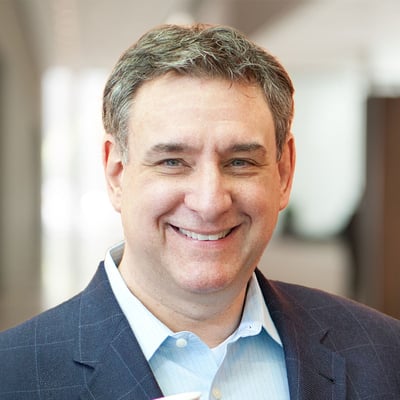