Matthew Benner of Chief Outsiders engaged with Dallas Morning News to reverse the steady decline of its retail newspaper sales with increases in revenue, sales and circulation.

The Dallas Morning News hired Matthew Benner, a CMO with Chief Outsiders, one of the nation’s most innovative marketing firms, to devise and execute a marketing strategy for the paper’s single copy business. The paper, one of the nation’s most respected and a long time leading Pulitzer Prize recipient, was in deep regression in its retail sales. This prompted the hiring of Chief Outsider Matthew Benner: Due to some industry wide issues, the single copy circulation of Sunday papers at retail locations was declining at over 15% a year, and had dropped from 225,000 to 75,000 within five years.

Benner created a data and research-driven plan that began with reevaluating retail distribution locations in the Dallas and Fort Worth markets, comparing the performance of each individual store. He worked closely with a small team of Circulation and Key Operations Managers who were open to collaborating to implement his new strategies. They strategized on how to increase demand amongst single-copy buyers on a sustained basis by creating a package to help under-performing venues use the identified best practices to more effectively to sell papers.

The combination of Benner’s thorough research, and his ability to form novel insightful practical solutions to problems, and ability to put the solution into a language that the customer understood resulted in a three-part marketing plan that exponentially increased the newspaper’s revenues.

Benner’s work raised revenues by up to 80% within 3 months at the targeted retailers, an incomparable increase compared to the original goal of a 5-percent increase. This was accomplished without discounting and with minimal execution expense.

“We’ve got a lot of experience with people in our department who have been in the industry for decades, but we decided to choose someone who came in with a fresh perspective and they (Chief Outsiders) really filled the bill," said Chip Danneker, VP of Circulation Distribution. “The investment was well worth it not only from the out and out response from what we attained in new sales and additional sales but also the experience of just helping us to broaden the way we think about selling newspapers and where those opportunities may be. The results speak for themselves.” A video interview of Chip Danneker can be seen here.

The Dallas Morning News team and CEO presented the program’s results and Chief Outsiders’ contributions at the News Paper Association of America Convention this spring, and for the first time in his career, the circulation director received a standing ovation.

About Chief Outsiders:
Headquartered in Houston, TX, and silver winner of the American Business Awards “Company of the Year”, Chief Outsiders serves mid-sized companies from coast to coast with part-time CMO services. Chief Outsiders is unique among consulting firms, by working as part of the leadership team on a fractional or as-needed basis. Every engagement is supported by the entire team of partners through a unique peer review process. Unlike most marketing consulting firms, Chief Outsiders also believes that delivering a world-class marketing strategy on its own, creates very little value. The real value is created by helping the organization implement the growth vision.

Chief Outsiders has been a premier source for marketing expertise, execution and leadership for companies such as i2C, AbsolutData, Bethyl Labs, Auto Load Logic and Riverside Company portfolio companies including OnCourseLearning, YourMembership.com and IDoc. 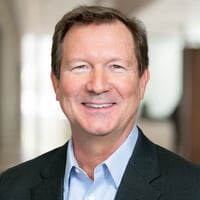