I had a conversation recently with a business associate who was pronouncing dead the discipline of outbound marketing – which, simply stated, is the technique of reaching out to a prospect proactively to gain their attention and ultimately, their business.

This associate went on to say that his recent attempt to send a direct mailer to hundreds of prospects was an abject failure. Hardly any business had resulted from the investment.

When I probed as to the reasons for the failed outbound marketing attempt, I learned that this individual conducted no appreciable follow-up, had not developed a plan to reinforce the message in the mailer and had no rhythm, cadence or even schedule for reaching back out.

It is often forgotten in this brave new world where inbound marketing – abetted by social media and other relatively easy portals for a prospect to initiate contact with a business – rules the day that the outbound side of the equation, when executed well, can still have a place in many business’s toolkits.

As an example, a recent survey of 1,000 information technology executives by DiscoverOrg uncovered results about outbound marketing that may be surprising to some. In the survey, 60 percent of the respondents said that an outbound call or email led to a vendor’s offering being evaluated; and 75 percent said they decided to attend an event or take an appointment after receiving a cold call or email.

The act of outbound marketing, for the owner of a business or the promoter of a product or service, can be best thought of as a brew or recipe that must effectively combine multiple ingredients to be successful.

Too many times – as in the instance noted above – businesses tend to focus on individual pieces and ingredients and turn a blind eye to the idea of how to concoct this proper combination. I consider that a byproduct of a culture in which immediate returns are demanded – placing marketers under such pressure to demonstrate quick returns and show results, that little credence is paid to a combined approach that is built for endurance, not speed.

And, as with a recipe, some ingredients combine better than others. In my example, a single follow-up call to the letter could have potentially yielded valuable pieces of data, including the individual’s interest in your product or that of a competitor, the amount the company spends on such services, what they look for in a vendor, and so on.

In the case of a cold call, simply depositing a thoughtfully-worded thank you email in the inbox of the prospect could reinforce the details of the conversation while serving as a lasting reminder of the dialogue.

In either case, using such individual touchpoints as part of a larger campaign that includes strong calls-to-action and multiple touches – and is coordinated with inbound efforts, – can increase the success of all subsequent efforts.

According to DiscoverOrg co-founder Henry Schuck, there are at least seven ways to ensure the effectiveness of your outbound marketing techniques, including:

Using a draft script or other guide to help you maintain a conversational, rather than salesy tone in the outbound communication;

Remaining mindful of time, including the consideration of the time of day, as well as how much time you spend on calls to your targeted prospects;

Conducting basic research to know whom it is that you are talking to – such personal details can lend credibility to your message;

Offering incentives in the outbound communication as a return for the investment of time;

Promotion of the brand relentlessly during your outreach, including links to websites and other resources, and the inclusion of the company’s branding in employee email signatures;

Creation of a landing page that makes it easy for the prospect to find information that reinforces your message and contains the call-to-action;

Tracking results, through the use of customer relationship management (CRM) software to determine the most effective parts of your strategy over time.

How does outbound marketing fit into your marketing recipe? 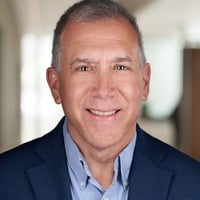