Part 3 of the series: A B2B CEO’s Guide to Navigating the COVID-19 Revenue Reality

In an economy roiled by the pandemic, it can be tempting for CEOs to wield a cost-cutting knife—with unrelenting and deep-cutting fervor. Indeed, it’s understandable: For generations, the natural inclination of many B2B CEOs has been to cut marketing when things were tough. In our last blog, we hopefully impressed upon you the importance of viewing both sales and marketing functions as a cohesive team, working as a symbiotic unit to pull sales out of crisis mode.

The last time we experienced any sort of prolonged and sweeping economic malaise—the recession of 2008-2009—marketing spending was unilaterally cut by 10 percent in the first quarter of 2009, the first full quarter after the banking crisis set in.

In fact, data collected from recessions in 1949, 1954, 1958, and 1961 indicated that companies that cut ad spending during those periods not only saw fewer sales and lower profits – they also experienced less growth than their competitors in the years after the recessions.

In my experience, you could accuse some CEOs of having never met a marketing dollar they did not want to cut. And, certainly, sometimes that actually is the right priority. For example, if market conditions are bad (such as in the current economic environment) and the product is not fully functional or is suboptimal, you should prioritize on product development over marketing. Prepare your product and shift back to marketing when your dollars will make a difference.

On the other hand, if you are bleeding cash, but are operating with a functional product suite, and you have strong competitors and a proven market, it is important to take a step back and identify cuts that won’t impact long-term growth. Before committing to arbitrary or emotional cost reductions, take a strategic look at every functional group. Each function should be able to contribute to cuts, unless you truly believe you have some perfectly run functions (which would be hard to believe – very little is perfect). Some functions may have more room to cut than others.

Despite their best intentions, your leadership team will undoubtedly struggle to volunteer their respective functions as the ones that can absorb cuts. So, it will fall to you to make the decision and allocate cuts. Here are some ways you can consider strategic sales and marketing cuts that will help to conserve cash, but not slice away the essence of your go-to-market approach:

In our next blog, we’ll look at a few options to dynamically configure your sales and marketing organizations, so they are best positioned to face the current challenges, while keeping the same level of collaboration and forward-thinking progress after the crisis has passed. 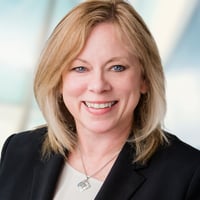