The "Unconscious Incompetent" or Don't Be "Mr. Magoo" 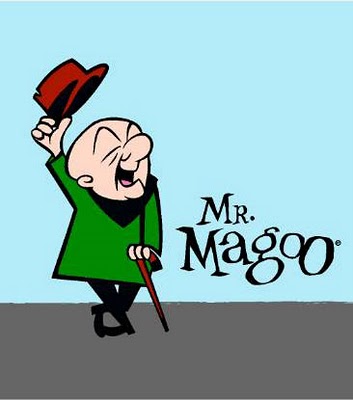 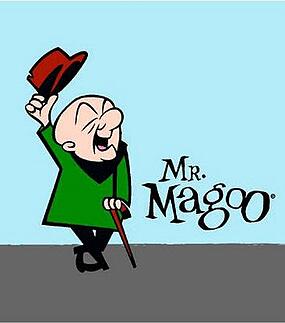 Do you remember Mr. Magoo? He was a cartoon character who used to cause disasters all around him and be totally unaware of them. Cars would overturn, store aisles would collapse, boats would crash and Mr. Magoo bumbled on his way, oblivious to it all. Some US business people act the same way when starting an international arm to their business.

Most people think that it is the big companies going global. However, more and more small and mid-size companies are taking the plunge and going international. This means that the CEOs of these companies who want to be successful need to gain expertise in understanding employees and clients from different parts of the world.

Don't make assumptions. Assumptions are based on thinks we learned from our parents, our teachers, our environment. But, if we want to be successful working with people from different cultural backgrounds, we need to train our brains to suspend judgments and assumptions, or at least if we are making them, to "assume the best intentions" until there is compelling evidence that proves otherwise. Still, assuming the best can be very difficult to do. 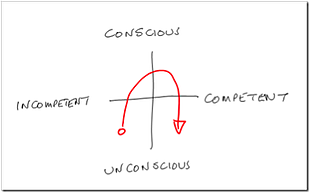 In 1998, I moved to Argentina as Chief Marketing Officer for a new subsidiary of a major US insurer. When I thought about diversity, I usually thought about gender, race or religion. It was when I actually moved abroad, that I started understanding "cultural diversity". I saw, over and over again, how many assumptions I made about others based on my background. I remember a speaker, long ago, who talked about the four stages of learning:

The Unconscious Incompetent doesn’t even know what she doesn’t know. Just like Mr. Magoo. Then in the second stage, the Conscious Incompetent stage, she becomes conscious of what she doesn’t know; what knowledge she lacks. This stage can be very overwhelming as well as depressing. Everything seems to be going wrong. She is constantly stepping on other people's fingers and toes without even realizing it. In the third stage, she has learned from her mistakes and knows what to do, but it is a conscious effort to do it. It is very stressful to keep all of the things she has learned in mind as she develops the business. She has to really concentrate on doing it as she had been taught. Then, in the final stage, she is a natural — and she doesn’t even have to think about what to do or how to do it — it is just there. Most of us never get to this fourth stage when dealing internationally, but we can get to the third — with concentrated effort and commitment.

Let's look at some examples from the recent news

Most of us don't think about Buffalo Wild Wings as an inclusive global company. However, a recent Forbes article shared how carefully they are expanding into Canada and now into 23 locations in Saudia Arabia. The company's president, Sally Smith, says the key has been listening — “finding out what [locals] know and using that knowledge to develop an even better business.” So, how do you do gain knowledge? Nowadays, as usual, you can turn to the app store. Sarah Kessler recently reviewed 5 Apps that help prevent you from making "faux pas" when working internationally.

Companies also can learn from their mistakes. Walmart left Germany after disastrously misunderstanding the market. Home Depot left China for the same reason. But Walmart learned from some of its problems and has taken a different approach in South Africa.

In The Seven Habits of Highly Effective People by Steven Covey, the fifth habit is “Seek first to understand; then to be understood.” To be successful in a culturally diverse environment, we have to work first on understanding ourselves and our own assumptions. Then work on understanding others. To do this, we need to seek out diverse perspectives. We need to ask questions of our colleagues from different backgrounds. We need to listen to the answers to those questions.  Finally, if we make assumptions — and it is nearly impossible to avoid them  — we need to train ourselves to assume the best.  As we develop more understanding, we will learn to appreciate and celebrate diversity. And that will result in a much more successful company — for each of us, our colleagues and our customers!