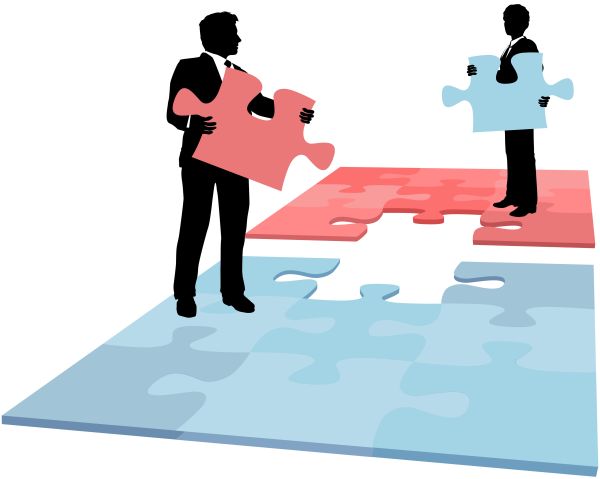 Sales and Marketing: Don't Get Caught in The Blame Game!

In a down economy where sales are hurting and positions are being cut, it's all too easy to start playing the blame game — focusing on whose fault a problem is rather than focusing on how to solve the problem as a team. In Poland, at a large financial institution where I was CMO, we faced just such a situation between the salespeople and the marketing department.

The salespeople were saying, "We can't sell because we're not getting the marketing support we need," while the marketing people were saying, "We're giving the salespeople plenty, they're just not getting the job done." This is a common occurence. We had to get everyone to focus on the overall goal of winning, rather than on who was right or wrong. Once that focus was changed, we were able  to sit everybody down together and get things rolling again as a team.

Walk In My Shoes

Why does this happen? Well, in many cases you'll find that marketing professionals and sales professionals have diametrically opposed personalities. Salespeople can come across as brusque, demanding and sometimes even rude, whereas marketers can seem to be all about surface polish. Truth be told, however, most would not want — or be good at — each others' jobs. An in-house marketing person might look at a salesperson and think, if not say, "You only made ten calls" — how much time could that have taken?"

But if the marketer had to actually make those ten calls himself, he'd revise his opinion soon enough. And marketers who complain about "diva" behavior from top sales performers need to realize that sales success isn't always about being nice, it's about getting people to do what they need to, but not necessarily what they want to do. There is a lot of rejection and great salespeople need to put up with it and not take it too personally. (In my opinion, it is nearly impossible to not feel personally rejected but that does not paralyze a great salesperson like it does most of the rest of us.)

Marketing and other support people need to understand that it can be really tough in outside sales. I remember a colleague of mine explaining to the support personnel that being an outside salesperson—especially early in the career—is like being in the desert, searching for water. It is exhausting and debilitating. Every rejection and disappointment lowers the will power to continue. The support people need to consider themselves "like an oasis in that desert" — replenishing and taking care of the salesperson. I always liked that analogy. So, if the sales person is tough and impatient, try to think about it from his or her point of view.

After all, if you were having a heart operation, would you choose the surgeon with the kindest bedside manner, or the cranky old cuss whose skills had already saved a thousand lives? If you were on an airplane, would you prefer the pilot who was kind and considerate and gave out wings to all the kids or the unsociable pilot who spent extra time checking everything twice? 99.9% of us who see the data would choose the person who gives us the best chance to survive and prosper.

Marketing and Sales needs to work together to achieve results. The more often they take the time to communicate, to share each other's concerns, to understand each other, the better the revenue results. And when revenue is up and goals are being achieved, no one plays "the blame game."