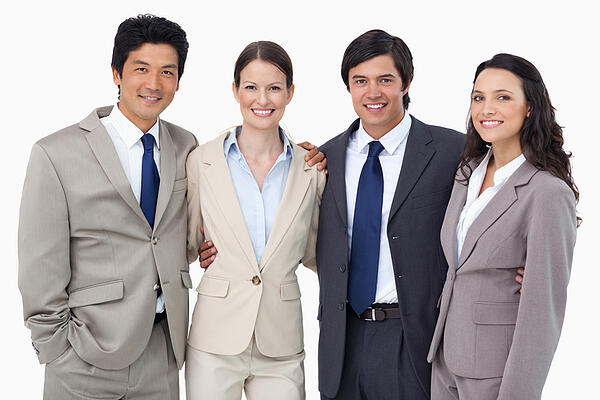 Many people write about importance of creating a winning culture for your company, but few give tangible, actionable suggestions for

I was hopeful I found something that did when my local business journal recently did a feature on culture. They asked the executives at the top 34 winners of their annual best places to work contest what they won’t tolerate in their culture, in search of what made them the best places to work. Unfortunately, the results were somewhat disappointing. Several responses were okay (a recurring theme was “gossip”), some were lighthearted (my favorite was “not putting the toilet seat down” - submitted by a man), but most were platitudes of political correctness, telling the reader little about how to actually create a winning culture.

Noted CEO Fred Hassan’s blog for HBR on the topic was a little better. It was certainly inspiring regarding the benefits of a winning culture and persuasive regarding why creating one should be made a priority. And, I’m sure there were nuggets in there for the leaders of huge multi-nationals. Yet, it provided few tangible actions the average CEO could immediately take to make a difference beyond setting clear expectations and being a good role model.

Why Is Creating a Winning Culture So Hard?

The one thing almost everyone agrees on is that company culture should flow from company values. So, it follows that if a writer doesn’t know your company’s values, he can’t give you specific suggestions on how to create winning culture in your organization. Or, does it? Aren’t there some things we can all agree are important to all winning cultures – like teamwork, integrity, transparency and accountability? And if so, shouldn’t there be some actions any CEO could actually take tomorrow to begin instilling these into his/her culture?

Submitted for your consideration, are a few things I’ve learned from the best (and the worst) organizational cultures of which I’ve been a part:

1. Have a "clear and present" goal

Company mission statements can be inspiring, set direction and make great laminated wallet cards, but their “world peace” scale is often not something individual teammates can associate with what they are doing today. Cast your vision long, but also make sure you provide a clear, short-term singular goal against which everyone can easily measure overall progress and their individual contribution.

Try not  to make it a laundry list – find that one thing to which everything else roles up. For example, this year’s Operating Income or EBITDA goal may require strong top-line sales, cost containment, effective marketing and sales, etc. In other words, what does success look like this year? How will we know we are winning the current battle as we fight the longer term war? If you have a “board goal” and a “stretch goal”, I’d encourage you to make both known to your team, not just the stretch - as long as we all get a little more in our envelope if we hit the stretch!

2. One goal; One bonus plan

Let’s say, for example, achieving the annual EBITDA goal is the basis for bonus. As a teammate, I know if we hit that number, I get whatever percentage of my salary my bonus represents – no ifs, ands or buts. This not only helps create a unified team all striving for the same goal together, it also settles most territorial disputes instantly because what’s best for achieving the one, clear goal is what’s best for everyone individually, as well.

You’d be surprised (or maybe not) how many company incentive plans often unwittingly pit one group - or even one individual - against another, then the leaders wonder why there’s open warfare in the ranks. It goes without saying, of course, you need to pick the right target. But, once you do, stand back!

This speaks to trust and integrity. It means monthly all-hands meetings with an email summary for those that couldn’t make it. In that meeting, truth is told, and it is told by the top executives reporting to the company as though they were reporting to their board – servant leadership where the team learns how the company is doing versus plan and verus their bonus payout. Marketing and Sales results are shared, as well as forthcoming plans – yes, even the “confidential” ones.

Agendas will vary by company, but having executives report out to their teams and answer questions in a straightforward and honest way has an amazing impact on camaraderie, trust, respect and engagement. It also solves most of the gossip problem before it starts, since most company gossip is about the company’s performance, plans and executives.

4. Create an environment of mutual accountability.

Most companies have multiple views of their P&L and many department budgets. The problem is, only the CFO and (maybe) the CEO see them all. Newsflash - the “C” isn’t short for “see”. Having a once a month group review among all P&L/and Budget owners of each P&L and each budget – how they are going vs. plan and explaining variances – positive and negative – creates a sense of shared accountability. It also helps the team get a clearer picture of what other departments actually do and the nature of their challenges. This has nice side effects like preventing downstream issues while they are still upstream, and encouraging teammates to jump in and help one another in ways they wouldn’t have otherwise realized they could. After all, we have one clear goal and one shared bonus plan, right?

I once had a CEO who was fond of saying, “Enron had great core values that they hung on every wall.  They just didn’t live them.” Instead of displaying them, use your core values to make decisions in meetings. Continually hearing an executive ask, “What is the customer centric solution to this issue?” goes a lot further than reading it on a laminated card… once.

Another nice touch is to have a non-executive teammate explain what one of the core values means to them at the all-hands meeting and give actual examples of how other teammates exemplified this behavior. As already alluded to in this blog, a core value picking up a lot of steam these days is not tolerating gossip. But, how do you make that intrinsic in the corporate culture?

Dave Ramsey, author of the New York Times #1 best seller, EntreLeadership writes about how he lives this out in his organization by instituting a “two strikes and you’re out” policy. He will actually fire a teammate after one warning if they continue to gossip – whether an executive or the most productive salesperson – because he sees gossip as a cancer that permeates an organization, generating a negative impact that outweighs any individual contribution. The only problem I see with this is nobody thinks of themselves as “a gossip”, least of all gossips! One CEO I worked for had a different twist on this rule that I found crystal clear, “We don’t talk about anyone, or their work, unless they are physically present in the room.”  He didn’t fire violators, but he did interrupt them publically, thereby encouraging all of us to do the same. The point is, don’t just have values – live them!

As an executive, particularly the CEO, make time - no matter what - to talk to every teammate you possibly can as frequently as you can. This isn’t an NCIS style interrogation of their to-do list. It’s more of a: “Hey, how are you doing? How’s the family? Anything I can do to help?” If they want to talk shop, that last question lets them bring it up.  If not, move on and schedule a meeting for a project update later. Set a schedule for each department/location.

If you run GE, this will obviously have to be a shared and delegated responsibility, but it must be done by an executive employees do not expect to talk to them. Yes, this takes time. Yes, that time could be used devising plans to hit the one, clear goal. So, stay later. Nothing creates that “walk through a wall for a company” engagement like the big boss knowing my name, something about my life and regularly coming around to check in. Nothing.

7. When it comes to team building, don't go big...go frequent.

Most team building events don’t get off the ground or end up lame because of cost, logistics and the simple fact that what’s fun for one person on their free time is pure drudgery for another. Even the good ones often don’t encourage team building. I have twice been part of a big company that rented out the local amusement park for the exclusive use of their employees one weekend day a year. Sure, we all looked forward to it.  Problem was, we only went with and talked to our own families and the co-workers we already knew. After all, it was our weekend.

So, why not do something simple during work hours to engage the team’s participation, not just attendance?  For example, have an extended lunchtime potluck. Everyone eats. Everyone talks. And, there will be no alcohol-induced errors in judgment for HR to deal with later. Or, try an annual cookie baking contest or a chili cook-off. Or, set up a volleyball court and have a bracket tournament during work hours. The goal is to get people together doing something fun and just getting to know one another. Simpler is better. And, doing something every month that maximizes participation and interaction might be better than doing something big once a year that half the team is bound not to want to do, anyway. Less expensive, too!

Hopefully, this provides a thought starter on some actionable ideas to start creating a winning culture for your company, but there are certainly many more. So, I’d be interested in what actions you have taken (or seen) to imbue universal cultural positives into any organization. Please comment and share!