Driving Revenue with Marketing: How to Reap the Rewards of a Mutually Beneficial Plan 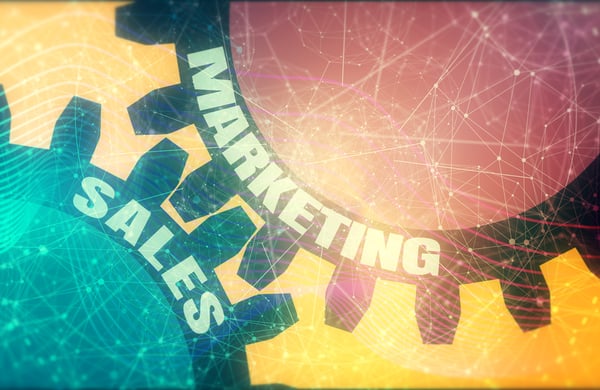 If your sales funnel is lurking in the shadows, it may be because it’s filled with people who are trying to avoid the spotlight.

Sure, if you’re like most companies, you have the digital tools you need to generate marketing-qualified leads, or MQLs, by the scads and buckets – casting a broad net through newsletters, promotional emails, social media mentions, website interactions – you know, the entire digital gamut. They make your metrics charts look happy but your sales teams – not so much.

There are multiple discussions as to why the MQL is a poor metric to measure marketing effectiveness, and we won’t necessarily cover it here. But, the question remains, why is it so hard to convert this fully-stuffed funnel, teeming with all sorts of prospects – from the casual looky-loos to the likely-purchasers – and make sure the real buyers rise to the top?

It turns out that many of today’s consumers prefer the relative safety of what I call the “Dark Funnel” – evading efforts to become qualified leads by doing everything they can to avoid being tracked by your company. Perhaps they’re scared off by the prospect of corporate data breaches or unwilling to leave the relative safety of HIPAA, FCRA, COPPA and a bunch of other consumer-protective acronyms. Perhaps they’re just tired of harassment from sales development reps (SDRs) and the interminable chain of “are you avoiding me” emails. To avoid the glare, they’re interacting far from the ubiquitous tracking cookie - in third-party forums, roundups, and untraceable social media channels with ease, but no way will they allow themselves to be tracked by your marketing automation tools.

This means, for your company, you’ve got an entire funnel likely built up that you can’t quantify, or, worse – qualify! That’s why I’ve advised companies to consider the Dark Funnel a new pre-step on the sales journey – a Stage Zero, if you will.

First, a realization: Marketing today is no longer just about promotion, branding, logos, communication, and pretty pictures. Astride atop the digital wave, marketing teams are best positioned to “hang ten” – amalgamating content, digital tools, and analytics to become a serious contributor to revenue. Given studies indicating anywhere from 70 to 85 percent of today’s sales process occurs without the benefit of a human-led sales presentation, it’s imperative that marketers embrace their role as revenue generators same as their sales siblings.

That’s why I’ve put together this blog series about how to maximize marketing for revenue generation. I want to show you how to illuminate the dark funnel — activating the best leads and bring them into the fold, and cultivate their loyalty; finally, we will discuss how to keep your marketing team in the driver’s seat in this new diamond-polishing exercise, and to properly incentivize the team for their role in your company’s revenue growth.

So the key for marketers today is to embrace their role as sales-enablers – illuminating the funnel with impactful information that will feed the self-service channels – and encourage self-revealing behavior.

It’s challenging, but not impossible, to tap this lead-gen resource: One study found that about three out of every five consumers won’t share their personally identifiable information (PII) – but, when perks and benefits are given and loyalty is recognized, a sizable majority – 61 percent – will give up their details.

Here are some other steps that you can take to accomplish this shift:

Together, we will explore this journey to the Dark Funnel and our efforts to bring our valuable new recruits into the light. In our next blog, we will specifically focus on how to play the loyalty card to shift the winds in our favor.