Turn it Around: Apply the Visions of a Microsoft CEO to Your Business 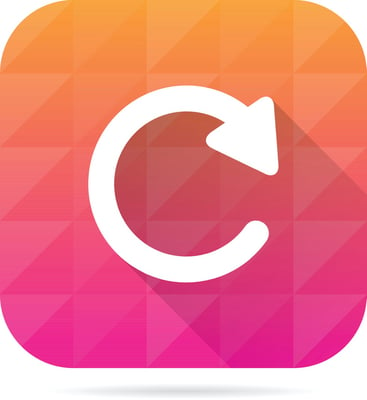 I just finished the new book, “Hit Refresh,” written by Satya Nadella, the CEO of Microsoft. More than just a memoir, the tome is a mid-course report of Nadella’s learnings about life and leadership, and how he is applying these lessons in specific ways to turn around Microsoft.

Nadella likens the techniques in “Hit Refresh” to those of refreshing a web page – every time you do it, some of the content stays, and some is replaced by new content. Repeated refreshes over time creates a whole new web page, just as repeatedly learning, and then applying these lessons to our lives, creates a more capable, up-to-date person.

There are many such lessons in Nadella’s book – I’d recommend you pick up a copy. But there are two that I find particularly noteworthy. The first one is about becoming a more balanced person in order to increase your total effectiveness. In his early career, Nadella was a hard driving techie, working in a highly competitive environment at Microsoft. During these times, it wasn’t uncommon for someone who coded a little bit slower than their peers to be driven out of the company, because they weren’t considered “hard core” enough.

Today, Nadella writes that he is still a hard driven techie, but marriage, medical issues with his first child, and life experiences have changed him in beneficial ways. Now, Nadella says he has a greater sensitivity to the environment in which he operates, is more aware of how he views and treats people, and, as CEO, is more intentional about how to engage and enroll large and small teams in a larger purpose.

Nadella says he finds that great leaders are in fact not just the high-IQ, 24/7-success-at-any-cost (including the people they lead) driven executives. In fact, he considers those traits indicative of a weak executive who ultimately will have a limited shelf life in their chosen profession (in fact, a recent survey found that employee burnout is responsible for up to half of annual workforce turnover). Instead, it’s the leader that can merge IQ and EQ together; who can boldly create a vision while constantly engaging and listening to adjust progress along the way; that is ultimately the most successful.

The same, Nadella says, is true for companies as a whole. Companies can live for a while at an intense pace, but, as he found at Microsoft, keeping up that pace without an identified purpose (i.e. improving the lives of customers), or without creating a genuine sense of teamwork and alignment, can lead to a short shelf life. In a world where nearly half of corporate managers are routinely eclipsing the 40-hour work week, this is especially true.

That doesn’t mean, by the way, that all is “kumbaya.” In fact, the opposite is true, since creating a culture that allows for open, candid discussion of issues still requires the right combination of IQ and EQ. Ray Dalio, in his recent book, “Principles,” talks about this phenomenon: The importance of getting every opinion on the table to achieve success, and to build the culture that effectively does that.

The second learning -- again among many -- in the book, is a classic cautionary tale of a powerful, market-leading company growing stale without realizing it. Microsoft is arguably one of the most transformative companies to come along in the last century. It had a clear vision – a computer on every desk and in every home – and pursued it relentlessly. Helped out by a very smart pricing strategy – Microsoft gets a royalty payment for every one of millions and millions of computers sold – Microsoft became a market-moving global colossus, vanquishing its competition.

But Microsoft found, like many dominant companies, that it was a victim of its own success. It was totally and hopelessly focused on the personal computer, while the technology landscape was giving rise to the mobile phone and cloud based storage. Sales growth slowed, and the famous hard-charging, internally competitive culture, not seeing success in the marketplace, started to turn on itself.

Enter Nadella as CEO. He hardly had the standing of Bill Gates, the first CEO, or Steve Ballmer, the famously outgoing, high-energy successor. Nadella, by admission, is low key. When told by a board member during the board interviews for CEO candidates that he needed to show he “wanted it” more aggressively, Ballmer coached him to be who he was. He did, and the board selected him in spite of it, or perhaps because of it.

While the Nadella-led Microsoft turnaround remains a work in progress, most observers agree that it has generally been successful. How did Nadella do it? First, he had a clear vision and a succinct way of expressing it. “Mobile First, Cloud First.” Though this may sound trite to the casual observer, at Microsoft, the culture had ALWAYS been “Desktop First,” so “Mobile First, Cloud First” was a profound re-direction and revolution.

Second, Nadella realized he needed to engage and enroll his employees to make the switch. Everyone had a chance to get on board, and those that did not had to leave. This is the key part of his IQ and EQ balance. The IQ part of Nadella had the vision and could, like any great technology executive, see a path ahead. But, unlike some, he took great pains to engage, discuss, and enroll his team. He also was not shy about reorganizing structures and people – not to surround himself with “yes” people – but to ensure he had people who were aligned with the strategy while maintaining their own voice and ideas.

So as a member of your company’s leadership team, how do you apply Nadella’s lessons and philosophy to your own business, whether you’re in need of a turnaround or simply some new perspectives? Think about your own circumstances, and ask yourself a few questions:

The final question to ask:  Are you, as a member of leadership, being objective in looking at yourself and your company in mid-stream? Most people write books like Nadella’s when they retire, producing a retrospective tale of what happened. Nadella, while not unique in writing a mid-career “Refresh” book, seized the opportunity to learn and apply lessons right now – in effect, creating a virtuous circle that will strengthen the vision and purpose and culture he is establishing for this next phase of Microsoft’s growth. While we all don’t have to write a book about it, we can all do what Nadella has done. Step back, take a look at what we are doing, hit the “Refresh” button, and grow our companies and ourselves.