Where Will Technology Accelerators Take Your Business Five Years from Now? Whether you know it or not, your 2020 plan is going to include some form of wireless connectivity to the web. Everything from fridges to shower heads will have some form of always-on link  –delivering value-added conveniences to customers while streaming bits of valuable and actionable information to the marketers on the other end (within the guidelines of reasonable expectations of privacy, of course).

The Internet of Things (a term so revered it even has its own “official” abbreviation – IoT) is taking the world by storm – thus far, slowly creeping its way into our lives – but about ready to explode with force.

Respected research organization Gartner projects that, by the year 2020, 13.1 billion (with a “b”) consumer products will be IoT-connected – a 600 percent increase from 2015. As an example of what this brave new world might look like, do you remember that song lyric – “Drove my Chevy to the levee, but the levee was dry”?

With IoT connectivity, a device measuring water volume will stream dynamic data about the levee to the web; your Chevy, equipped with satellite data to get you to the levee, also has an LTE connection so you already know about the empty levee; and a small Bluetooth device that you adhered to your 30-gallon water bucket will help you quickly find it in the attic, so lack of water will not be a problem on this particular journey.

Of course, all of this is pointless if you can’t open your garage door to begin your journey – and indeed, the IoT has even transformed this mundane, unheeded workhorse.

If you are still not convinced at how quickly the universe is spinning, perhaps a look at how changes undertaken during a recently-completed five-year transformational period turned the garage door opener business on its head.

Let’s travel back in time to 2008, when the prevailing trends relative to garage door openers were consumer convenience and safety. Though in the past, all the consumer wanted was smooth, steady and long-lasting operation, now, they were demanding “intelligence” from the opener – and at this point, questions like whether the door had been left open all night were being answered by third-parties who were developing standalone – yet incompatible – devices.

So, when a leading company decided it was time to develop a “smart” garage door opener, they knew they had to develop technologies that were both in step with demands for new conveniences – and flexible enough to resist obsolescence, since the opener would, most likely, faithfully serve for a decade or longer.

Such a critical result required a strategic roadmapping process – one that involved understanding insights, the market, emerging technologies, and available resources – all variables that are constantly in flux in a rapidly evolving technological landscape.

Some baseline “values” for each section:

The arrows on the attached chart indicate the interrelationship between the roadmap inputs – as well as the challenges presented by the rapid adoption of smartphones during this five-year span. Partners and vendors that barely existed in 2008 – app developers and hub partners like WeMo, to name a couple – ended up being a critical component of delivering an acceptable next-gen opener to the masses.

Although this was a simplified (and illustrative) example of a roadmap, I hope several benefits were evident:

Ready to apply some road-mapping brilliance to your own product evolutionary process? Stay tuned – in the next article, we’ll look at the growth gears which can set your churning on the road to gaining insights, which will power your own strategies toward future-forward solutions.

This is the second article in a five-part series. Read the first article here and be sure to check back for the full series. Look for the upcoming articles where we’ll talk about how you can leverage the talents of your executives and stakeholders in developing a roadmap that will help you to be in control of your future – rather than the future controlling YOU. 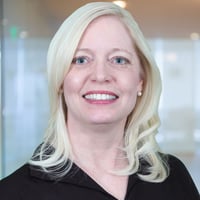 Beth works with industrial and consumer durable goods companies to develop and execute omni-channel strategies that accelerate growth and optimize profits. She helps B2B and B2B2C companies across multiple business sizes identify actionable insights to develop integrated go-to market strategies and tactics that accelerate profitable growth across multiple market channels. A strategic marketer, who operates at the nexus of technology, innovation and creativity, she has specialized in differentiating brands, products, and pricing within the same category across multiple and complex distribution networks.
Want to join the discussion? Leave a comment here.