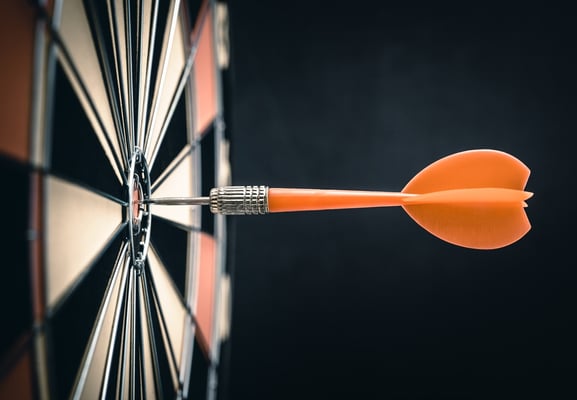 Recently, the management of the Tsukuba Express train line, between Tokyo and the city of Tsukuba in Japan, had a serious problem. This “problem” was grave enough to warrant a public apology and touched off a wave of social media attention, in Japan and around the world.

What was this grievous issue that required a public issuance of corporate regret and captured the attention of a global audience? Astonishingly, the “offense” was one that would be lauded in about 99.99999 percent of the remainder of the world: One of Tsukuba Express’s trains had departed Tokyo 20 seconds earlier than its scheduled departure time. Worldwide reaction ranged from amazement at the commitment of the Japanese railway to service times, to surprise that such a minor deviation from precision would be headline-making news.

Indeed, in most other countries train riders would be satisfied if the trains were within 20 minutes of schedule, let alone 20 seconds! Someone in the U.S. tweeted, “We’re not in NY’s Penn Station anymore.”  Another tweet: “Apology after Japanese train departs 20 seconds early. Read, weep, read, laugh.” Clearly the customer experience bar has been set high by Tsukuba Express management.

Contrast this with an uproar over a major U.S. airline’s introduction of no less than a new bathroom configuration, in a new aircraft type. Imagine, two bathrooms, for 150-plus passengers, on a single-aisle plane capable of flying (just barely) across the Atlantic. And, the bathroom is so small that you have to decide before entering which way you going to enter, since you can’t turn around once inside. I’ll leave the rest to your imagination.

What can we learn from these two examples? The obvious, but not necessarily correct answer, is to praise the Tsukuba Express management and scorn the U.S. airline management. Why aren’t all trains everywhere capable of staying within 20 seconds of their scheduled arrival or departure time, all day every day? And on the aircraft, why not offer a bigger bathroom, and while you’re at it, how about a first-class seat and a glass of wine for everyone on the flight?

While we all can sit back and engage in such magical thinking, and, without condemning the airline for its tiny bathroom, let’s look at both situations through the strategic lenses of the customer journey and value proposition.

For the railway, the customer journey – defined as the experience the consumer has come to expect when interacting with your product, brand, or service -- has been built up over the years. Millions of people use the rail network; they know they can plan their schedules with precision because of the company’s reliability, and that reliability has become a core part of the value proposition. While in other countries this level of accuracy might be an amazing level of performance, on this train line, it is the standard offering that is expected every day.

For the airline, a very different customer journey has been established. “Value” airlines like Ryanair in Europe or Allegiant in the U.S. offer cut-rate pricing, with the tradeoff being denser seating and a la carte “service”-- if you want to call it that. It represents a very different customer journey and competitive set. Low fares mean the airlines -- even the majors -- have to carry more people on each airplane to be profitable. I’m not making a judgment here – I don’t like flying in an airplane packed like sardines either – but is the value proposition worth it? There are many customers who say the space/cost tradeoff is worth it, which is one reason, among others, why the airlines are flying planes that are near capacity.

Here’s an example. Twenty years ago, Hyundai branded cars were considered to be a sad joke -- poor design, poor quality, minimal features, rock bottom price. The value proposition was perceived to be a bad car for a very low price. Management – lead, among others, by the current leader of Waymo, the Google self-driving car program, decided they saw a future opportunity among the group which would later become known as millennials. Why not offer a lower priced car (not a rock bottom price car), build it in a low-cost but high-quality process, and offer advanced features that had only been offered on higher priced cars like cruise control, XM radio, and easy Bluetooth connections to the car’s audio system. The result was a complete turnaround of the brand, with unit volume increases so large that today Hyundai has completely maxed out its production capacity.

What is the example here for your business? Are you the rail line, offering timely, amazing service? Can you find a way to up the ante by offering a similar customer-impressing benefit, perhaps better selection? Are you more like the airline, offering a basic, value product? Maybe you can sweeten the value proposition a bit – some airlines are bringing back free on-board food, for example.

Or maybe you can seize the moment and make the big play, the way Hyundai did. Hyundai didn’t just “guess” or change their value proposition on the spur of the moment. It was a serious, multi-year project, backed by increased capital investment, better design, and training and buy-in at all levels of the organization. And it worked amazingly well.

So, take some time to think about this. Dig deep into your customer journey and have an intimate level of understanding of your value proposition. Armed with these insights, you can decide to construct a plan that is either incremental -- or historic. It’s up to you. Either way, it will improve your competitive position and fuel the growth engine of your company.