Is The “VP of Sales and Marketing” Role Becoming “Mission Impossible?" 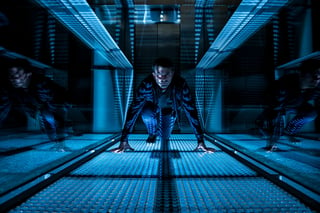 Here’s to those of you who currently have that title and are performing effectively in a “Vice President, Sales and Marketing” role today! If you are confident, balanced and managing both roles effectively at the same time, you are unique. I think, though, that this combined role will become less common in the future.

Here’s what is driving my thinking. I’ve been in a VP Sales and Marketing role in three companies. Most recently, I served in an interim VP Sales role added to an interim VP Marketing role for a client which had an unplanned executive opening. After five months of trying to perform both roles productively and with balance, I have greater empathy for those who have that title and who actually can do both concurrently.

I’ve also been in many client organizations which I could only classify as “Big S, Small M,” — meaning that while Sales was well-developed and highly refined, Marketing was not. Some industries, manufacturing especially, seem to have an imbalance between the two functions. When I’ve shared the “Big S, Small M” expression with CEOs I’m often corrected by them: “We’re Big S, no M” they say.

My first concern over anyone’s ability to handle both responsibilities is this: Sales and Marketing are very different functions which by nature have different responsibilities, skills and expertise. For a quick refresher on why they are not the same, I’d suggest you take a quick break and read this blog, which Chief Outsiders’ founder Art Saxby posted nearly four years ago.

If you think everyone knows the difference between the two functions, you might be surprised that this blog has been read 282,000 times.

Priorities: Which is Most Important?

Companies seem to have different priorities between the two functions. That’s easily understood by which is referenced first in the title and which comes second. When I’ve been offered the VP of Sales and Marketing role, I’ve been directly told “Sales” comes first because it’s more important. Even when I convinced the hiring person to put “Marketing” first, the comment was, “OK, as long as you make your Sales quota.” I submit, however, that as long as these two functions are not perceived as having equal value and importance, there will be an imbalance in how candidates perform the role.

As much as I am always tempted to put “Marketing” first (because it’s my passion), I am reminded of this statement attributed to both Peter Drucker and IBM’s Thomas Watson among others: “Nothing happens until someone sells something.”

I believe the best organizational approach recognizes that BOTH functions should assume responsibility for revenue: Sales driving shorter-term revenue generation from the core business with the aligned support of Marketing, and Marketing acting as a “growth champion” driving longer-term revenue programs. New programs and initiatives should be designed to accelerate growth beyond the core business and to generate new revenue streams from new markets, new segments, new products or new services over a 2 to 5 year horizon.

It’s a significant challenge for the same function to both manage current revenue achievement and still act on opportunities which need development attention but also which may not create new revenue streams for two or more years out. Short-term needs almost always preempt longer-term priorities.

My recent experience managing both responsibilities made me re-think whether the Sales/Marketing functional combination still works — especially in organizations with high need for accelerated growth.

The term “marketing” first occurred in sixteenth-century dictionaries. It’s a relatively young cousin to “sales.” In the last 100 years, and especially in the past 50 or 60, it has become more fleshed out as a specific discipline.

Compared with 10 or 15 years ago, Marketing has developed a complexity primarily due to digital technologies and the consequent development of digital marketing programs. In the “old” days of Marketing, which was dominated by “4P” thinking, the role wasn’t nearly as challenging as it is today.

Don’t try to read the chart. I’m just trying to make a point that Marketing is exploding in complexity, and that even a VP Marketing (without the Sales responsibilities) is going to have her/his hands full trying to stay current. And by the way, those older marketing best practices, like snail mail, direct marketing and breakfast briefings are coming around again as our digital Inboxes fill up with junk mail.

Staying current with all the new developments in Marketing requires a strong commitment to continuous learning. Marketers are starting to segment themselves into sub-category experts: branding, digital, social media, traditional media and PR. But it’s the VP Marketing who still has to drive the strategy and figure out which paths and programs are the best ones for the business to invest in. You can’t invest and support 37 different digital marketing programs. With myriad choices involved today, and you need to understand investment returns and benefits to confidently lay out a plan, a budget, metrics and milestones.

Perhaps the separation of Sales and Marketing into two mutually valuable and joined-at-the-hip leadership roles is a natural evolution. Nearly ten years ago, at an American Banking Association conference, speakers were urging Chief Compliance Officers in financial institutions to “get ‘Risk’ into your title.” Why were they so urgent in this recommendation? They saw the Risk function as growing and assuming more responsibility and the Compliance function getting pigeon-holed. It’s about embracing a career path with relevance and corporate importance, friends.

While the ABA was arguing for a consolidated role, I’m arguing the reverse for the VP of Sales and Marketing role — separating them into the two distinct disciplines that I believe they are.

As you think about your organizational model going forward, sorting out Sales and Marketing leadership is going to be critical. I would encourage you to decide whether one person can do both. If you are interviewing candidates for the combined role and you spend almost all your time on Sales questions, you have an unbalanced candidate. If the candidates say Marketing to them is collateral and trade shows, they are way behind the times. Their experience shows that they don’t understand the digital world in which your business must compete in order to grow profitably.

If you still need convincing, let me cite a Booz Allen study which concluded that firms with strong Marketing organizations which assume the “Growth Champion” mantle are 20 percent more likely to exhibit superior revenue growth and profitability for their industry. That study is over 10 years old, and just think about how much more advanced Marketing has become in the intervening years. The potential to use Marketing more effectively is even greater with the richness of the digital marketing options available today. But, those options comes with additional complexity and a deeper skill set.

A partnership between a Sales leader and a Marketing leader may seem harder to manage than holding one person accountable. Hiring two distinct roles adds SG&A costs to your business. You have other ways of adding the desired talent to your business such as “renting” executive talent to gap-fill and boost Marketing’s contribution to your business. What’s your plan to manage both short- and long-term revenue growth?

This article is part of a series where I share practical experience learned over 25 years as a Marketing executive. I’m happy to engage with you if you want to expand on these ideas — and especially if you have a need, or know a company that does.