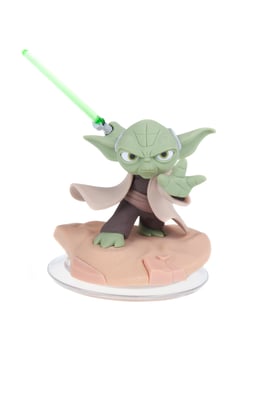 A long time ago, in a galaxy far, far away, a franchise was born. Since the release of a little space movie called “Star Wars” in 1977, legions of multigenerational fans have carried the franchise on their backs – and in their hearts – to a reputation as one of the world’s most recognizable brands.

As a brand dependent upon fan zealotry, ANY corporate move (whether on the screen or behind the scenes) is bound to get extreme scrutiny on social media, message boards and elsewhere. That’s why I read with interest a recent Wall Street Journal article that examined the difficulty of the transition of the Star Wars franchise from its original ownership under its creator George Lucas, to a “tentpole” franchise now owned by Disney.

You might wonder, why would there be ANY difficulty here? Star Wars is one of the biggest media, merchandise and fan franchises in history. Disney is one of the most successful media companies on the planet. Put 1 and 1 together and get 10, right? Well, hopefully.

In today’s brand world, having deep, loyal fans who live and breathe your brand is essential. Yet, if they feel disenfranchised, those same fans can prevent your brand from evolving to where it needs to go.

Bob Iger, Chairman and CEO of The Walt Disney Company and a master strategist himself, was well aware of the risks. He was careful – extremely so -- not to simply drop Star Wars directly into the teeth of Disney’s vaunted marketing and product synergy machine at first. While Iger was sensitive to the fact that authenticity for the Star Wars fan base meant everything, he also espoused a belief that if brands don’t grow into new areas, they will die. Of course, Star Wars is not the only brand with this dilemma - every brand trying to grow wants to keep its loyal base while adding new loyalists.

The latest outcry – the addition of a character called Baby Yoda to the Star Wars universe – has tested this delicate balance. The existing fan base has been quite vocal about this unexpected twist to the time tested character --  a centuries old, wise, advisor who coaches Star Wars hero Luke Skywalker on the meaning of the Force, and the meaning of life itself.

At the same time, Baby Yoda introduces a character tailor-made for merchandising, via a plush “animal” designed to expand the Star Wars fan base to new fans and along the way sell millions of dollars in merchandise. Doesn’t EVERY kid want a Baby Yoda, say Disney’s marketers? Think of the merchandise and related item sales!

What about your company? Have you experienced this type of dilemma? One of the most common reasons an established brand or company -- with a great reputation but with slowing growth -- finds itself in that situation is that management pays a disproportionate amount of attention to its loyal users. Now, clearly their patronage brought the brand or company to where it is today, so they are an important target group. But perhaps, focusing on them alone may not be enough to create the growth needed to move to the next level in size, scale, sales, and profitability.

What to do? You want to keep the loyalists but get new fans. Is that impossible? Not at all. Here’s an example: A large regional company I once worked with had built its business over time and established an incredibly loyal user base that caused the company to repeatedly double its size over more than a decade. Eventually, this pace of growth leveled off as the company saturated its original target group. What was the solution to reignite growth? Leverage what the company was great at – things like quality service, selection, customer focus, reputation, and relationships – by targeting these attributes at a new distribution channel and audience.

Here are three ways how you can take steps to navigate this transition:

You, too, can do what Bob Iger did. He understood the risks, and he was careful to maintain the loyalty of the Star Wars franchise. But he also was willing to take a risk, understanding that inertia was not an option. So, channel your inner Bob Iger and get started.