Be More Chill: Teaching Us All How to Market with Intention 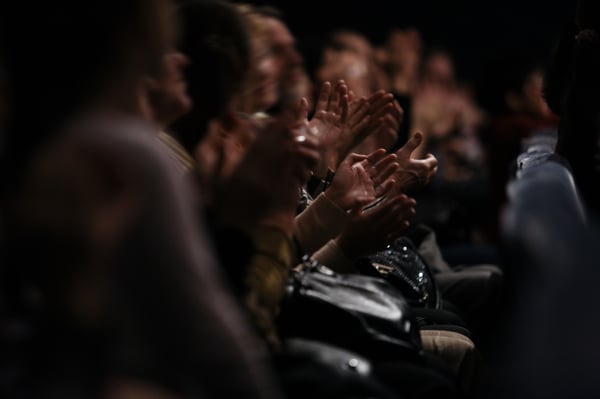 A wise person once told me that sometimes “no” simply means “not yet.” Easier said than done, particularly in the CPG world, when huge stakes are riding the new products that constitute our company’s lifeblood.

Coming from a consumer marketing and product background—working with industry leaders including Disney, Mattel, Hasbro, Lowe’s and Rubbermaid—I encountered many such inflection points when we felt the market was saying “no” to a new product launch. In fact, our modus operandi seemed to be as follows: Build it, push with promises, and pull with traditional media—and then abandon it if it did not immediately hit. But one thing I can say with certainty, particularly in today’s marketplace—the “cut and run” approach is not nearly as universal. Sometimes success requires us to commit to a longer-term relationship with our consumer. And, as we’ll see, the platform of social media can be the soapbox that can turn the spark into a flame.

As an example, let’s take a page out of the 2004 book called “Be More Chill” by Ned Vizzini. The fictional tome introduces us to Jeremy, an average (most would call geeky) high-school teenager who wanted to be cool, and was willing to take a pill called the SQUIP (Super Quantum Unit Intel Processor) that would give him the tools to be popular. Jeremy’s best and only friend, Michael, along with his “crush,” Christine, serve as the protagonist geeks in the story, along with the “popular” kids in the surrounding cast of high schoolers.

The book struck a chord with its universal appeal of instant gratification. In fact, I found myself longing for a SQUIP that would help me, as a marketer, see the future and make all the right choices. It also caught the eye of Joe Iconis, a successful up-and-coming composer who understood the challenges of the tween and teen years and writes music that is relevant, including “Broadway, Here I Come” from NBC-TV’s “Smash."

By the summer of 2015, Iconis and team had created the “Be More Chill” musical, which premiered about as far off Broadway as one could imagine—at a small community theatre in New Jersey. Critics and fans loved the show—so much so that this regional theatre became the epicenter for a contemporary object lesson of the power of social media. What follows is genius, and not something that can easily be manufactured.

The Little Engine That Could

The show’s run in New Jersey was short-lived. Most would deem a flop. But fervent fans of the small community production Tweeted, Instagrammed and Snapchatted its features—story,  characters, actors, props, costumes, and most importantly, the music—to their followers. Interest in the show started to spread like a slow burning fire. The original cast recording was released, and search engines and algorithms—tuned to latch onto trending messages—began to associate the words being used within these “shares” to the songs from the musical’s score. Suddenly, fans of more mainstream Broadway productions such as “Dear Evan Hansen” and “Hamilton” were discovering this tiny production, helping to spike interest and eventual purchase of soundtrack downloads, search engine ranking and interest from producers in NYC!

Finally, three years after the launch of that little production in New Jersey, “Be More Chill” crossed the river – opening Off Broadway in the fall of 2018 at the Signature Theatre, in New York. Fans sold out the Signature night after night and the show was extended; finally, early this year, the show made it to the Great White Way, premiering at Lyceum Theatre to their fans and critics, most of whom loved the story and its adaptation.  Our now 14-year-old daughter downloaded the music years ago, and has now seen the show twice and would like to see it again. And I was there, every time, loving it as both a fan, and a mom who enjoys seeing children smile and feel comfortable in their skin. And the music that started it all, resonating with the teen-fans that listened, connected and shared, has been Tony nominated. But Iconis and the cast don’t care about awards. They care about being the fan-favorite.

What We Can Do to Be More Chill

So what can you, as a CEO, learn from the story of the rise of “Be More Chill?” The first lesson is clearly commitment. Those involved with the show were so committed to the success of their product, they fell on a sword for it and doubled down. They knew the story would resonate with both parents and adolescents, and its subject matter had universal appeal. They were not afraid to go “all-in.”

With a sense that the “product” was great, both producer and cast worked tirelessly to keep the product at its best, and to expose it to as many influencers as possible. Today, the “Be More Chill” fandom puts their own mark on the brand, posting drawings, flocking to events, wearing cosplay (character costumes), and, of course, tweeting, posting, sharing and supporting their favorite product. There are even GIFs that fans can text when they are feeling a certain way. And guess what? The cast responds to nearly every post, as does Iconis. They understand the connection needed with this audience. They are at the stage door for autographs, photos and conversations for every show.

“Be More Chill” has enlightened me as a marketer, and teaching me that it is OK to double-down on a product in which you believe. However, under today’s social-media microscope, being relevant AND authentic to your consumer represents the Holy Grail – looming as the single most important thing to a consumer base that shares their opinions openly and enthusiastically.

Having the right product, connections and relationships can matter even more than the data you have driving your decision-making. The ability to respond to your fans and potential customers while learning from their words is key to keeping people happy and creating evangelists for your brand. These expressions of satisfaction, dubbed “Lovemarks” by author Kevin Roberts, are hard to achieve in any business. But, says Roberts, “Lovemarks” tap deep into human emotion, and those who create them love what they do, love whom they are doing it for, and ultimately become permanently infatuated.

“Be More Chill” has achieved “Lovemark” status based on Roberts’ definition—and mine too. Thanks to power of social media and the authenticity and commitment to their product and consumer, the “Be More Chill” team of producers, collaborators and actors keep bringing heat on a daily basis, driving a repeat and new audience. Providing a positive and consistent customer experience across every touch point can truly be the engine that powers your product and business—getting customers to try, love, and share about your brand. Succeed at this method, and you can create your own singular sensation.

What can you do at your organization to “Be More Chill?”