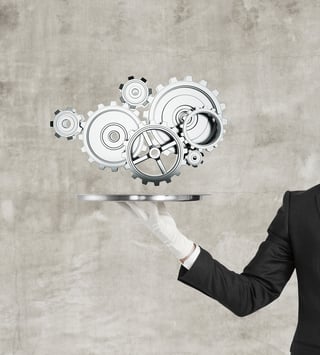 As someone who loves to cook, today I am reprising a popular recipe – bringing back a post from the recent past that is ever more relevant today. It’s a tried-and-true concoction that can help you serve up a successful lead generation program.

I marvel at the fact that CEOs continue to be disappointed by their marketing outcomes. In fact, 70 percent cite that marketing isn’t delivering for them as expected. Art Saxby, Chief Outsiders CEO, has expertly covered the difference between Sales and Marketing in his blog. I suggest you read it to make sure you have a baseline of understanding, and greater clarity, about the distinction between the two disciplines. 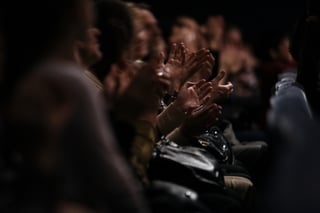 Be More Chill: Teaching Us All How to Market with Intention

Wed, Jun 5, 2019 — A wise person once told me that sometimes “no” simply means “not yet.” Easier said than done, particularly in the CPG world, when huge stakes are riding the new products that constitute our company’s lifeblood.  Coming from a consumer marketing and product background—working with industry leaders including Disney, Mattel, Hasbro, Lowe’s and Rubbermaid—I encountered many such inflection points when we felt the market was saying “no” to a new product launch. In fact, our modus operandi seemed to be as follows: Build it, push with promises, and pull with traditional media—and then abandon it if it did not immediately hit. But one thing I can say with certainty, particularly in today’s marketplace—the “cut and run” approach is not nearly as universal. Sometimes success requires us to commit to a longer-term relationship with our consumer. And, as we’ll see, the platform of social media can be the soapbox that can turn the spark into a flame.

Infographic: 5 Social Media Insights from My Viral LinkedIn Post with Over 120,000 Views

Tue, Jan 29, 2019 — How to Create Engaging Content and Gain More Followers When Visual Capitalist republished an updated visual of Jeff Bezos’ Empire on January 11th, I posted the following on LinkedIn: The Jeff Bezos Empire in One Giant Chart (Infographic). Within 2 days, the traffic went viral- achieving over 120,000 views in less than a week. Typically, a viral LinkedIn topic is one that exceeds 100,000 views beyond the normal life cycle of a post (2 days).  Viral video content has a much higher bar for the number of views in a 3- to 7-day period. As a reference point, most of my LinkedIn posts get a few hundred views and a handful of likes or comments.  For a summary of the 5 social media tips, see Infographic at the end of this article. 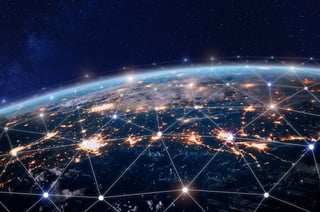 The Top 12 Internet Trends Executives Should Know About in 2018

Wed, Jun 6, 2018 — For business executives, staying relevant in this time of innovation and rapid technological advancement can be challenging. Thankfully, we can leverage consumer and marketplace data to help our companies optimize products and services. One of the premier analytical reports on emerging business-related trends, Mary Meeker’s annual Internet Trends 2018, was just released. While the more than 290 slides in the full report come packed with useful information for driving your company forward, here are 12 important and actionable insights for business executives. 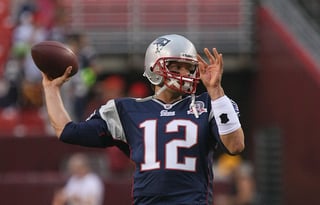 CEOs: Ready to Enjoy Tom Brady-Style Success in the Boardroom?

Wed, Jul 5, 2017 — Employ the Secrets of the New England Patriots’ Quarterback To Create Your Own Winning Game Plan Whether or not you like the NFL’s New England Patriots, they keep winning -- and always find themselves in playoff contention. So, what’s their secret? Is it better players? Probably not. They always seem to find new or no-name players who seem to outperform on game day, to everyone’s amazement. Is it better coaching or a better playbook? Maybe, but every NFL team has similar offensive and defensive playbooks. Attention CEOs: What is the Real ROI on Social Media?