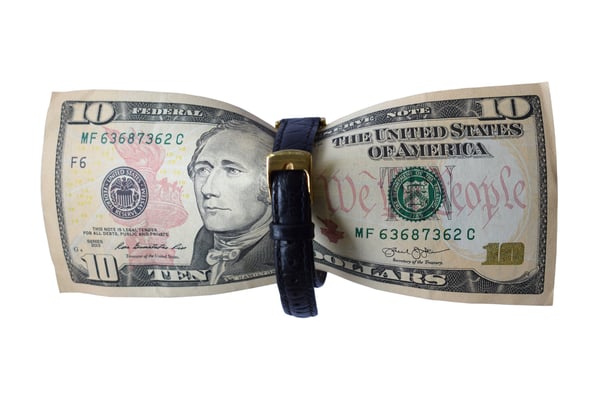 In these uncertain times amidst the COVID-19 pandemic, there are likely two distinct pathways for businesses to follow—adapt or perish. Because none of you reading this would ever consider just laying down your arms and not fighting for survival, I thought I’d share a couple of quotes from noteworthy types who chose the latter mindset, choosing to both adapt, and thrive, rather than just survive.

(Editor’s note: That concept works in good times, but probably more so in bad times.)

“Skate to where the puck is going to be, not where it is.”
- Wayne Gretsky

(Editor’s note: This might be more appropriate for business today.)

Of course, your survival instinct is just a starting point. What will it take to truly guide your organization for the post-pandemic economic recovery?

In this blog and two more that follow, I’d like to lay out some steps that might be worth taking. First, we’ll discuss why your advertising budget should be spared the ax; we’ll then discuss strategies to employ to prepare for an economic rebound; and, finally, how restaurants and hospitality companies may fare after the crisis has passed.

Playing to Win the Ad Game

History is full of examples where businesses that maintained or increased advertising budgets during a recession were rewarded with more market share and higher sales and profits.

In 2009, Gerard J. Tellis and Kethan Tellis compiled and synthesized 40 historical empirical and non-empirical studies on the topic of advertising in a recession. What they found was a healthy dose of evidence that advertising during a recession is a good thing. Several studies found clear evidence the reduced recessional ad spending led to lower post-recession sales; still other studies found that the inverse—higher spend led to higher sales—was true. And, some studies actually found that market share can actually increase more for some companies during a recession than in stable times. The likely reason is a combination of lost share by competitors and the entry of new, more nimble firms into the post-depression marketplace.

In another example, researchers looked at the lessons learned from the automotive and financial industries during the 2008-2009 depression. Brad Fey and David Shiffman concluded that:

From personal experience, I lived the 2008-2010 recession. While a member of the executive team at Firehouse Subs, we used the downturn to reposition the brand and double our ad spend—actions that led to increased market share and exponential growth from 2010 to 2016, at a 20 percent year-over-year clip.

I want to share one final quote from Mark Ritson, who made the following observation in Marketing Week just a few weeks ago:

“The optimum response to the recession is to maintain, and ideally increase, your advertising investment.

Unfortunately, to pull this off you require three things. You need to have some money available to spend on advertising. Then you need an executive team smart enough to know marketing is an investment or trusting enough to listen to your presentation that explains all of this to them.”

How Does This Relate to Today?

Of course, we know that cash flow is critical, and maintaining ad spend during this crisis is easier said than done for many brands. But, if you have the ability to communicate with your customers through email/SMS text and other owned channels like social media, do it. As Fey and Shiffman learned from their work, the message is important, and this is the time to do all you can to maintain positive Word of Mouth with your customers.

If you are fortunate to have cash reserves and can maintain ad spend, especially by shifting to digital channels where “shelter in place” directives have increased usage, do it too.

Now, the message you convey during the COVID-19 crisis will vary slightly by industry. In some industries like restaurants and retail that are considered essential services, the advertising message could be similar to pre-COVID-19 messaging, since customers seem to be sympathetic to the struggles being experienced by their local merchants.

But striking the right balance is critical. If you are seen as putting profits before people, you may squander trust in a way that it cannot be recovered. A recent study by Edelman on brand trust confirmed this fact, but also found that most brands are using their advertising powers for good rather that evil. Consumers in the survey responded as follows:

The takeaway? Though it may be ok to advertise product or brand as usual, it is advisable to change messaging, especially in owned channels like email, SMS/text and social to a more humanistic tone and values.

There is no doubt that the COVID-19 crisis is more than a recession. It is much worse and physical distancing is a demand killer. However, we believe there will be much pent-up demand after the tide turns. American consumers like to be mobile, to eat out and spend money shopping. Don’t underestimate the power of “Cabin Fever” and the “stir-craziness” for all Americans due to physical distancing.

In our next blog, we’ll look at the importance of strategic go-to-market planning in being ready for the rebound.