How Does Employee Engagement Win the Growth Game? Look to Your Company’s Culture 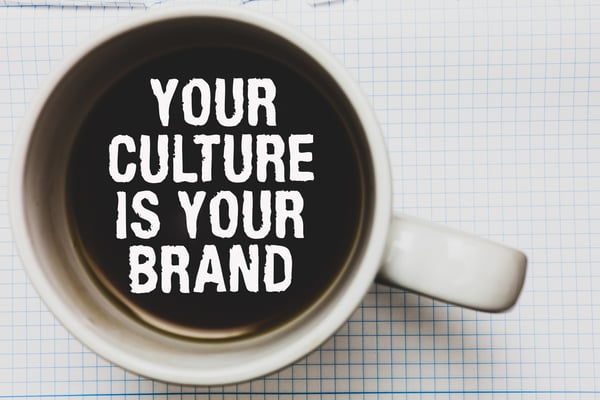 This is the first in a series of four blogs on the role of company culture as a function of your overall business strategy.

What do you know about your company’s culture? And, more importantly, how it can impact the success—or failure—of your growth initiatives?

Companies that do a great job of instilling culture as a way of engaging teams are 21 percent more profitable than their counterparts, according to a 2016 study by Deloitte Consulting. A thriving culture is key to growth because of its tie to profitability and recruiting top employees. With that in mind, it is surprising that only one in four C-suite executives understand their company’s culture – and appreciate its link to performance.

Culture, as a differentiator, is by no means a new concept. Let’s look at a few snapshots thru history.

Ever since the first Cro-Magnon realized that by hiring a team of hunters, catching dinner would be easier, we have developed as a society of leaders and followers.

And, just like the Cro-Magnons had an agreed-upon hunting philosophy and rules of engagement, modern business, too, abides by a similar set of ideals, known as the corporate culture.

Up to and including the first half of the 20th century, “command and control” was the dominant leadership style. But today, when we examine companies that ascribe to a “my-way-or-the-highway” philosophy, we can ultimately gauge this effect on the bottom line. Stifled employees are unhappy employees – and in today’s tech-aware world, where sites like glassdoor have all but eliminated corporate secrets, the word gets around.

The first real shift away from a “command and control” approach occurred just after World War II, when the world noticed that the more inclusive way Japanese businesses valued their employees led to improved results. Today, in fact, many of the companies appearing on the Fortune 100 list of best companies to work for report nearly four times higher revenue returns than those not included on the list.

Today, businesses have begun to take stock in the importance of culture as a critical aspect of business success – not simply a “nice to do,” but something deserving a spot alongside, if not ahead of, strategy and execution.

Corporate culture, defined as the beliefs and behaviors by which a company’s employees live and abide, has traditionally taken a back seat to more tangible business concepts – like sales targets, go-to-market strategies, and shareholder value.

Sadly, many companies consider corporate culture to be the sole domain of the human resources department -- or leave it altogether unattended, allowing potentially toxic behaviors to dominate in place of trust and full engagement.

In fact, disengaged employees, according to one study by The Engagement Institute, cost companies a shocking half-trillion dollars a year in lost business opportunities, recruiting costs, and other inefficiencies.

Poor culture can even make a difference during the interviewing and vetting process, creating a chilling effect on attracting the best talent. Eight out of 10 prospective employees, according to CareerBuilder®, say the overall candidate experience is an accurate measure of how the company values its people.

What You Will Learn From This Blog Series

We will show you a way that you can gauge the “cultural temperature” at your company; and, finally, help you to evolve your culture so it earns its rightful place at the strategic table.

We won’t sugarcoat it – reshaping the culture at your organization will not be easy. But one thing is abundantly clear – it’s very unusual to win with a bad culture; and even more unusual to lose with a good culture.

Ready to start the journey? Please stay tuned for the second blog.