Part 2: How Does Employee Engagement Win the Growth Game? 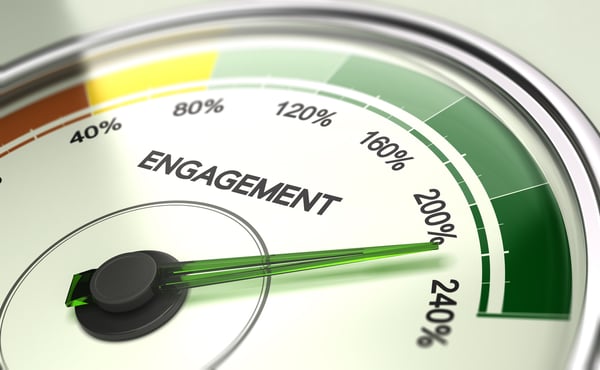 Shaping a High Performing Culture is a Top-Down Commitment

In our previous blog, we established the importance of corporate culture in the paradigm of business success. Commit to it, and reap myriad rewards, including better hires, more efficient business practices – and more revenue.

But, allow your culture to become toxic, and you place more at risk than just caustic commentary at the water cooler. Like any living, breathing organism, toxicity can infect the corporate ecosystem as well – and the responsibility to ensure a healthy, positive environment starts at the top!

A past client was experiencing such a systemic cultural breakdown, and the effects were quickly becoming disturbing. Understanding how this client treated the symptoms as well as the cause – and what he learned during the evolution – can help you to understand the actions you can take, starting today, to make sure your company’s culture is working for you and not against you.

“The word culture wasn’t even in our vocabulary,” said this CEO, whose company of 375 employees, scattered across the country, was as disjointed culturally as it was geographically.

By the time he sought help to address his company’s cultural toxicity, things were quite bad. A recent employee engagement survey turned in a sheath of negative comments, and the Net Promoter Score — a measure of customer satisfaction — clocked in at an alarming minus-9. Sales were at risk and employees were running scared.

“Our employees were operating in fear. That’s never good,” said the CEO, who noted that the effect of such fear-mongering was that decisions were being made based on the loudest voice in the room, rather than being driven by data. “We said we were collaborating, but we were faking it.”

The CEO knew drastic measures needed to be taken — and quickly realized that no effort to change the culture would meet with success if he wasn’t willing to “walk the talk.” It had to start first with a symbol of his commitment to living, top-down, the new values being communicated to the company.

“We kicked off our culture initiative with a culture tour,” the CEO said. “I wanted every employee to hear from me where we wanted to take the business, from a culture perspective. We committed to listen, hear their stories, issues, and successes, and importantly, ask me about the business.”

The initial feedback formed the basis of the action plan that the CEO created with outside help. Hard choices had to be made -- including the removal of those who wished to remain part of the counterculture. “We eliminated people who didn’t embrace it,” said the CEO. “[They] were obstacles in where we wanted to go.”

This CEO equated his culture reclamation efforts to a ship gradually turning around. As the captain of this ship, the CEO knew he needed to exude courage to step up be accountable to creating change; willingness to form and demonstrate new leadership; and commitment to remain on the culture journey through all the ups and downs associated with change.

For this CEO, the newfound commitment to cultural excellence is already paying dividends. The company is on track to have its best sales year ever in 2019. In addition to a focus on leadership training and to set expectations of accountability for his top leadership team, the CEO continues to hold regular active listening sessions. Where previously he heard a lot of “bitching and moaning,” now he hears more insights, more positivity, and more “thank yous” for his commitment to change.

The credit, said the CEO, comes from four specific observations and realizations – that, we believe, you will need to understand before making a similar commitment:

In our next blog, we’ll help you take those first steps toward addressing your cultural diagnosis.

See below for Marc's bio. Kristin Anderson is a partner at KLA Consulting where she provides coaching for “leaders at all levels”, guides executive leadership in the development of their organizations culture of consistent high performance, and facilitates customized leadership retreats. Kristin has more than twenty years of business experience and brings a combination of corporate leadership, facilitation, consulting, and cross-industry expertise. She has held several senior leadership positions establishing a deep knowledge of the challenges of leading organizations during periods of growth and transition.