The Innovator’s Dilemma – Fast, Correct, or Both? 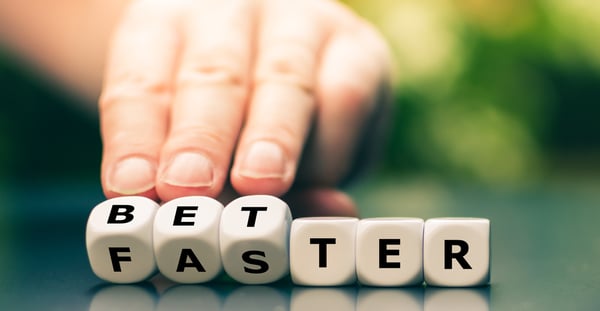 Most people would say Tesla is an innovative company. Others would say maybe they push the envelope a bit, for example, with “self-driving” software that is truly amazing but is not yet fully “self-driving.” The other side of the coin is other companies who wait until an idea is thoroughly tested, I’s dotted, and T’s crossed, fully qualified but maybe at the cost of missing the market.

Innovation is the lifeblood of growth in any industry or channel. Companies with high levels of innovation do better over time than companies that do not have it. So how to address the Innovator's Dilemma? Is it one or the other? Here are four ways to think about it:

#1 What is the Risk Profile of the Innovation?

If a developer is launching a new video game, the worst that can happen is that users do not like it. While that is a problem for reputation and user loyalty, there is no financial or safety risk. On the other hand, a mission-critical use with safety implications needs to be assessed more carefully.

Amazon has a specific way of managing risk at a high level. They call it a “one-way door” decision. If the decision is big enough regarding people, financial or operational risk, they put many eyes on the decision, including senior leadership. If it is not a one-way door, meaning the decision can be modified or adjusted without high risk, it proceeds to the next step of market validation and gets adjusted based on in-market results.

Set up a small beta test to “shake out” part of the innovation. For example, if it is a new user interface, this is the time to observe and adjust. The beta can be launched in less than the final form – it might not be “pretty,” but it is fine as long as it represents the basic idea and users can react to it.

Company Y, for example, debated the launch of a relatively large product line. What items should be included, and what should not? It was a new segment, so while analyzing previous trends was helpful, it could not solve the fundamental issue of what to include and what to exclude.

The answer? Include them in a small, controlled beta with a careful eye on limited inventory, and then measure sales results. It quickly became apparent what was selling and what was not. Moreover, that was vital information – the Company knew what to include when it scaled up and rolled out.

Experts in their channels that have scaled businesses should be able to bring something to their version that is new and different from the competition.

Back to the auto example, Tesla was a greenfield company – it was a new entrant and had to learn about the auto industry and innovate the electric car. On the other hand, Ford Motor builds hundreds of thousands of F-150 ICE (Internal Combustion Engine) trucks every year. They are the market leader. So, Ford took what they do immensely well and their vast scale – and innovated in their core business by launching an electric F-150.

Updating the playbook for a company is a great way to create innovation and scale simultaneously.

If business owners and executives understand their business, what they do well, and what they have scaled leverage on, they can beat the Innovator’s Dilemma and win big.