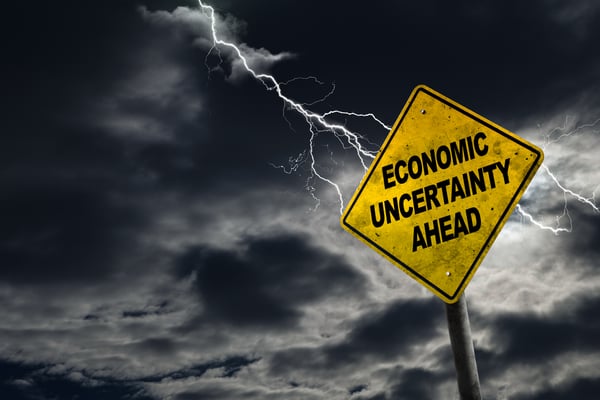 Del Griffith (John Candy) and Neal Page (Steve Martin) are driving the wrong way on an Interstate highway at night.

A motorist, driving in the correct lanes: “Hey, put your window down!”

Page: “He wants something.” [rolls window down]

Motorist and his passenger holler across the median: “You’re going the wrong way!!!”

Griffith: “Oh he’s drunk! How would he know where we’re going?”

Page, nodding: “Yeahhh… how would HE know?”

We all operate from assumptions about the environment we’re in. Those assumptions don’t always serve us well. Other people can help us see what’s really going on and make things better — if we let them.

In the markets that many companies find themselves operating in, demand is softening—at the least—if not falling.

Being prudent in how many dollars we send out the door is important, which is why execs are now (quite properly) looking at whether their expense and capex budgets still make sense given the new circumstances.

It’s common, though, that companies don’t realize how many additional dollars should be and could be coming IN their doors. Even in a downturn.

I suspect that someone you know is making assumptions about pricing that’d be worth examining. They might think, “We need to stand pat on our prices, or drop them.”

Even in industries where market realities may make downward price moves appropriate, it may wildly inappropriate to reduce prices across-the-board. It’s crucial to balance the fear of not enough volume coming in, with daring to raise some prices, on some products or services, to some customers, in some geography(ies), that are below where they could be even in a tougher environment.

Let’s say that someone you know could find 1% more gross margin through selective pricing moves… what could they do with the extra funds?

What I’ve Learned from Execs who Use Daring Caution

When the status quo becomes untenable, the risk of taking action on pricing comes to feel less risky than the cost of inaction.

In interviews for my writings several years back, I asked very senior executives with 30+ years of experience at major companies, “What do you understand now about pricing that you wish you’d known earlier in your career?”

The three most common answers:

Gordon’s customers are mostly original equipment manufacturers and Tier 1 auto and ag equipment suppliers. All of them are much larger than Gordon’s company (let’s call it “Bright”). That power mismatch led to Bright avoiding price increases for years despite absorbing annual operating cost increases. “Don’t give them a reason to go out for bid,” was the mantra. The customer wound up barely generating a positive contribution margin.

Then something unexpected thing happened. A new purchasing manager took over at one of the OEMs. He called Gordon and said, “I’ve been reviewing all our suppliers, and your company stands out. You haven’t had a price increase in over eight years. The only possible explanation is that your margins are too fat. So if you want to keep our business, we’re going to need a detailed justification of your costs and a much sharper price.”

Ironic, right? By not daring to update prices, Bright wound up with the worst of both worlds: Low profits AND the imminent loss of a major customer.

Here’s what Gordon found: “We found we could selectively increase prices and got zero pushback. We significantly improved profitability.”

That margin will be extremely valuable assuming that end market demand declines in the industries he serves.

Here’s What You or Your Friend Would Need to Do

If you want to test whether some of your prices, to some customers, on some products or services, in some geographies, are lower than they could be, here’s what to do:

Make a spreadsheet. In the first two columns, enter basic information for each account. For example:

Now create some factors that will help you assess the least risky areas where you can take selective price increases. Continue entering these in the left columns of the spreadsheet. These could include:

Next, add to the columns for other factors affecting the strength of your pricing position with each account and product and/or service offered:

In a third column to the right of those first two columns, rate the favorability of each factor for taking a selective increase in price (maybe a 1 to 5 scale).Then tally the factors, and make a combined judgment as to where you can get the best upside with the least risk.

This is based on the methodology I developed in working with companies that want to take a Daring Caution approach to their prices. I customize the approach to each company’s pricing environment, and guide their decisions and implementation.

If you or a friend are concerned about not generating enough sales and margin to achieve your profit goals, let’s get on the phone so we can find sales and margin opportunities that help to offset unfavorable market developments. You can schedule an appointment here.

Bob Sherlock often works with companies serving business markets that face one of two challenges: · An innovative offering that isn’t ramping up sales fast enough · Getting squeezed on price Bob solves those problems by helping clients find their Hidden Value, message it so that prospects perceive that value, and pricing to get paid for it. As a result, his clients can grow sales and margins at the same time. Bob’s experience includes consulting at Marketwerks and The ProAction Group, and founding and running a venture-funded logistics service provider operating a network of automated, unmanned delivery drop points. Earlier, Sherlock was CMO for Wickes Inc., a distributor and retailer of building materials.
Want to join the discussion? Leave a comment here.