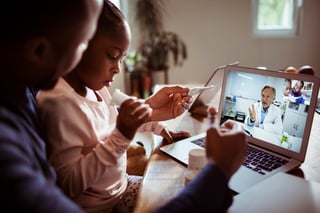 Why HealthTech Startups Should Consider a Fractional Chief Marketing Officer

Business opportunities in healthcare technology have never been more abundant. At the same time, the challenges of capturing market share in the complex healthcare marketplace are as daunting as ever. For young companies and startups looking to gain traction and generate revenue, a sound go-to-market strategy and demand generation plan are essential. For many resource-constrained companies, a fractional Chief Marketing Officer has proven to be the fastest, most cost-effective way to achieve their growth objectives. 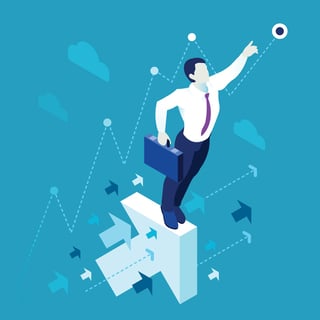 Wed, Oct 11, 2017 — Latest Vistage Research Provides Important New Insight to Growth If you’re like most companies we’re working with, you’re experiencing growth this year. After all, the economic and business climate is quite conducive to growth – low cost of capital and a stable labor market are certainly contributing. But what about the companies that are getting more than their fair share of growth? What are they doing? Vistage Worldwide just published insightful research that explores the decisions high-growth company leaders are making that set them apart from their peers. This study of over 1,300 CEOs and business owners identifies key factors that clearly distinguish between higher (double-digit growth) and lower growth companies. Ready to see the specifics? 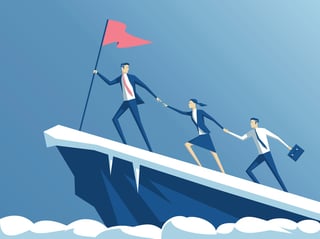 Are You A “Level 5” Leader? How Cool Confidence Can Foster Sales Success

Fri, Aug 25, 2017 — On a recent sojourn, I had time between flights, so I joined the throngs of fellow travelers who had taken up residence in one of those oversized rocking chairs. As I sat working – and rocking – I observed the airport’s massive food court, which featured an amalgam of fast casual and upscale restaurants.  One of the restaurants, in particular, seemed to have the magic formula to attracting throngs of hungry travelers – despite the fact that it was a well-known fast casual concept with thousands of units around the world.  Though it was abuzz with activity, the employees were doing a great job of keeping up with the pace. Napkins were perfectly lined up; the counter was spotless; and the employees genuinely were smiling. Everything seemed tidy and welcoming. When customers approached, they received a greeting that far exceeded the expected for such an establishment. Even from a distance, you could see the employees smiling, the customers smiling, exchanging a few pleasantries, wishing each other to have a great day. 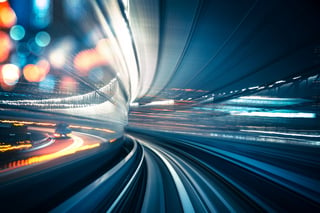 Mon, Jul 24, 2017 — In Japan, the Shinkansen Bullet Trains have carried more than 10 billion passengers, through one of the most densely populated regions in the world, since 1964. In that 53-year span, there have been ZERO fatal accidents on the railroad.  How is this unblemished safety record possible, given the high speed, high stakes environment in which the trains operate? 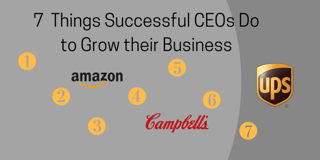 7 Things Successful CEOs Do to Grow their Business

Tue, Jul 11, 2017 — Lessons from UPS, Campbell’s Soup, Amazon, and Others In today’s fast-paced world, it’s easy for CEOs and other executives to get mired in day-to-day fire-fighting, only to find that growth has stalled. Below are 7 things successful CEOs from companies big and small do to build momentum, create and keep a strong culture, and grow their business.