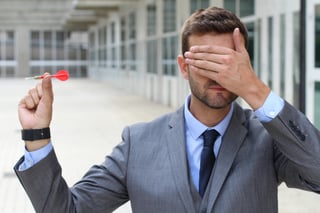 CEO Go-To-Market Warning: Avoid the Blind Spots That Cause Products to Miss the Mark

Have you ever heard of the Apple Pippin or the Twitter Peek? Played a game of TowerFall on the Ouya Console? Taken an important call on your Amazon Fire Phone? If so, you are among the rarest of the rare – the chosen few who took the calculated risk of trying a new product during its brief run on earth.

The world is littered with also-rans, whoopsies, and well-intentions gone awry. There are so many consumer product failures each year – some that miss with a whimper, and some that make a giant megaton splash into the depths of nowhere – that several “Museums of Failure” warehouse the worst and dimmest of the bunch. In fact, up to 95 percent of new product launches fail to hit a target, according to one market analyst.

Tue, Apr 5, 2022 — Thank you for joining me today for the eulogy of the marketing qualified lead, or MQL. Once hailed as the best way to affix a value to a prospective sale in the digital age, we are here to toll the bell to its early demise. What led to the hastened death of the MQL? A series of innocent crimes, perpetrated by humans who have become too smart and savvy – or simply too absent-minded -- to play the MQL game. Since these leads are typically derived from “mechanical” interactions between human and machine, humans have unintentionally thwarted the system – for example, blindly tapping away on the TouchPad, or leaving a finger or cursor atop an open email, can accidentally score you as a hot lead. 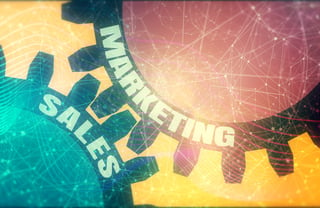 Driving Revenue with Marketing: How to Reap the Rewards of a Mutually Beneficial Plan

Wed, Feb 16, 2022 — (Blog 1) Step Zero: The Dark Funnel If your sales funnel is lurking in the shadows, it may be because it’s filled with people who are trying to avoid the spotlight. Sure, if you’re like most companies, you have the digital tools you need to generate marketing-qualified leads, or MQLs, by the scads and buckets – casting a broad net through newsletters, promotional emails, social media mentions, website interactions – you know, the entire digital gamut. They make your metrics charts look happy but your sales teams – not so much. 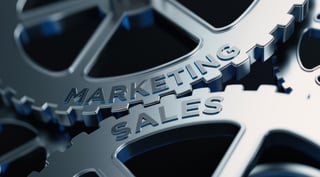 Thu, Dec 3, 2020 — Since the era of cavemen, the roles of Sales and Marketing professionals have been fairly well defined. The earliest marketers would create awareness for that remarkable new invention, the wheel; and the salespeople would roll it down the streets, sharing the features and benefits to interested customers, then collect five dodo-birds in compensation. In the million years since, Sales and Marketing departments still have a similarly symbiotic existence -- but a lot seems to have changed in the digital era. Today, the gap between Sales and Marketing represents a gray area at most companies — from the smallest distributors, to the largest multinational enterprises. 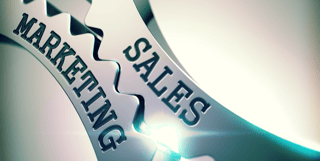 Thu, Aug 27, 2020 — 3 Steps for Achieving Greater Sales Co-authored by John Baglivo and Alan Landau A well-functioning partnership between Marketing and Sales is critical to the growth of any business. But how do you get there and ensure that your efforts are coordinated and that investments in these areas are as efficient and effective as possible? This question is more important than ever as you look to accelerate growth in a challenging market where the margin for error is slim. Unfortunately, misconceptions, misunderstanding and mistrust often get in the way of a collaborative relationship. 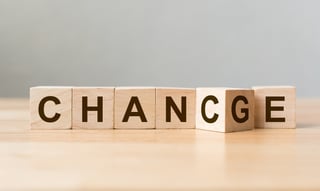 Marketing and Sales Organization Design For Now and For Later

Tue, May 12, 2020 — Part 4 of the series: A B2B CEO’s Guide to Navigating the COVID-19 Revenue Reality The “way it has always been” is gone for good. It’s time to consider the reality: The world is changed now, and likely will be different once we shake off the effects of the pandemic. But, as we discussed in our last blog, now is not the time to slash and burn headcount without a smart, and reasoned, approach to moving forward.

Fri, May 8, 2020 — Part 3 of the series: A B2B CEO’s Guide to Navigating the COVID-19 Revenue Reality In an economy roiled by the pandemic, it can be tempting for CEOs to wield a cost-cutting knife—with unrelenting and deep-cutting fervor. Indeed, it’s understandable: For generations, the natural inclination of many B2B CEOs has been to cut marketing when things were tough. In our last blog, we hopefully impressed upon you the importance of viewing both sales and marketing functions as a cohesive team, working as a symbiotic unit to pull sales out of crisis mode. 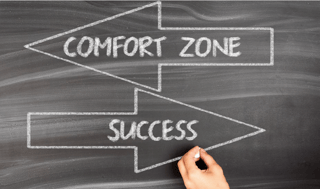 Tue, May 5, 2020 — Part 2 of the series: A B2B CEO’s Guide to Navigating the COVID-19 Revenue Reality In a world that has struggled to make sense of the COVID-19 pandemic, you, too, are likely working to better understand the roles that your team members will play in the recovery.

Wed, Apr 10, 2019 — Regardless of industry or the size of your business, growth is getting more difficult. Today, you need to have an exceptional sales team. You also need to have an exceptional marketing team. But sales and marketing alone aren't enough to sustain growth. The cost of customer acquisition continues to increase and businesses can no longer rely on annual contracts to lock customers in. Over the past year there has been much discussion about the retirement of the marketing and sales “funnel”, which we all have grown to love and the emergence of what HubSpot is calling the “flywheel”.

A Practical Guide to Using Account-Based Marketing: What Small- and Mid-Sized Business CEOs Need to Know

Thu, Feb 28, 2019 — Mark Coronna, Partner & CMO--Chief Outsiders with Tom Judge, VP Strategy--Direct Marketing Partners Account-Based Marketing, or ABM, has increasingly captured the attention of marketers in the past several years. If the concept is new to you, don’t worry, you are not too far behind the adoption curve. Small- and mid-sized businesses (SMBs) are the focus of this article for three important reasons: ABM is often misunderstood as a shiny new wonder-tech or a label for strategic selling or outbound tele-prospecting programs. We want to clear any misunderstandings up. The newest technology and best practices related to high-performing ABM programs are still trickling down to SMBs from much larger businesses which have adopted this approach. But the fundamentals of ABM are at the fingertips of most small/medium firms without expensive technology. ABM programs can be scaled to SMBs in a way that makes them both effective and affordable, and can be an integral part of your combined go-to-market and sales program.