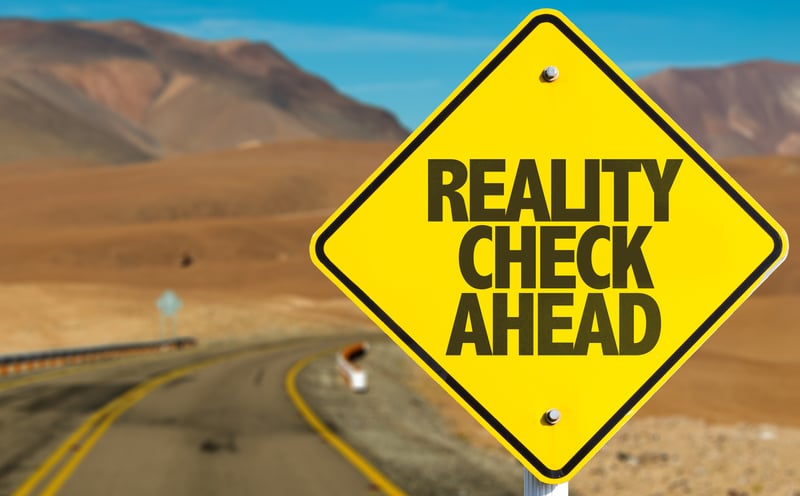 For many middle market companies, the vision that founded the enterprise can’t take it to the next stage of growth. So we spoke to Chief Outsiders’ Dawn Werry about how a market-based reality check can set an enterprise up to grow in new, and sustainable ways.

Founding a company takes an uncommon kind of vision, talent and drive. But often guiding the company to the next stage of growth requires a different skill set than the one that built the business from scratch.

Private equity firms understand this, and often show up with the capital and resources to make a great small company into an even better, and bigger enterprise. Sometimes the founder can adapt for that next stage, and other times, they struggle. After all, the founder’s approach took them this far, why can’t it take the business even farther?

The answer sometimes requires a reality check about the company’s current status and what it takes to grow from there. Few people expect marketing to provide a reality check, but the marketing discipline needs to accurately assess the actual competitive landscape.

Chief Outsiders’ Dawn Werry believes that marketing is “anything that touches the market.” That holistic approach allows her to look past her own discipline as she plots how to take a portfolio company to the next stage of growth.

Werry knows that smaller companies need to be so focused on the day-to-day operations that they don’t get the chance to look at bigger market realities and opportunities. And because they’ve been so diligent in taking the company this far, they naturally assume they already know their company’s key value proposition and differentiation. Often the value proposition was fine for the company’s first stage, but as their market grew and evolved, it became undifferentiated.

For one client, she wrote the key value prop and differentiator from the web sites of their company on a white board, along with three of the company’s peers, and asked which one was their own.

In the case of a standing desk furniture company, the founder felt he knew exactly what was preventing the company from reaching the next stage of growth: a lack of awareness. This didn’t require rethinking the current marketing strategy; it only took a new ad agency.

The company’s private equity backers let the founder pursue his solution. But this approach didn’t deliver results, and the founder left. The PE firm installed a new interim CEO and the company brought Werry in to build a market focus that would drive growth.

First, she conducted in-depth customer interviews which found a lack of awareness wasn’t a problem they could solve. These interviews revealed that the company was attempting to compete against much larger peers, who enjoyed nearly 99% brand awareness.

The interviews also showed that their office furniture market is driven in large part by architects and designers who work with furniture dealers to supply furniture that brings their designs to life. The dealers do their best to offer something that reflects their design ideas, is available and within budget. If a furniture manufacturer isn’t part of the conversation between A & D staff and dealers, there’s little chance to grow.

And they also determined that the company’s product mix was off. They weren’t offering some of the highest growth products in the market, such as a full line of sit/stand desks that included a lower-end offering. Instead, they had a multitude of one type of product, which was confusing.

The first product from this collaboration was a success, as it was backordered almost instantaneously, making up nearly one-third of orders. With this new product mix and other business efforts, this division grew 94% year over year.

Thinking differently about the customer’s buying process changed the company’s marketing philosophy. It was no longer about how to knock the market leader off its perch at the top, but how to be a reliable number two, one that serviced furniture dealers in a way that the larger peers couldn’t or wouldn’t.

That required a frank assessment of the Company’s market and value proposition, which smaller enterprises, even the very best, don’t have the time or resources to do. And a Company’s founder may resist this because their vision and talent already took the business to its current success.

Which is exactly why private equity firms should consider investing in this kind of reality check to guide that portfolio company to a whole new stage of growth.  And PE firms may just discover that the founder is more than capable of guiding the business there. 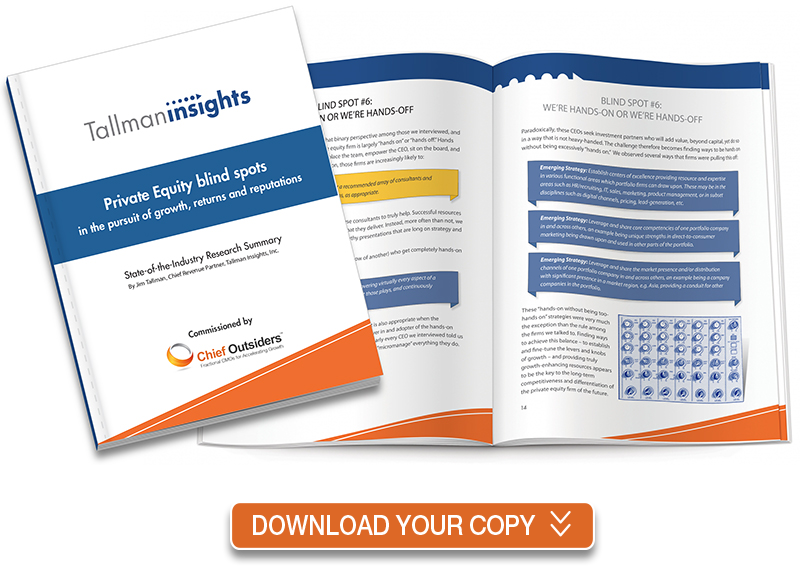