CEO Go-To-Market Warning: Avoid the Blind Spots That Cause Products to Miss the Mark 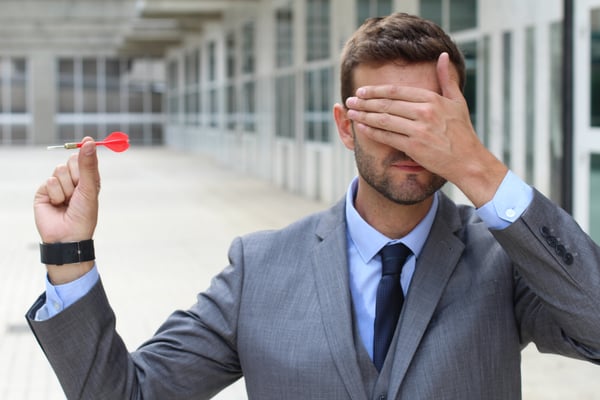 Have you ever heard of the Apple Pippin or the Twitter Peek? Played a game of TowerFall on the Ouya Console? Taken an important call on your Amazon Fire Phone? If so, you are among the rarest of the rare – the chosen few who took the calculated risk of trying a new product during its brief run on earth.

The world is littered with also-rans, whoopsies, and well-intentions gone awry. There are so many consumer product failures each year – some that miss with a whimper, and some that make a giant megaton splash into the depths of nowhere – that several “Museums of Failure” warehouse the worst and dimmest of the bunch. In fact, up to 95 percent of new product launches fail to hit a target, according to one market analyst.

Behind these flashes-in-the-pan, we can assume, are a team of hopefuls who wish to translate tireless efforts, significant resources, and a whole lot of thoughts and prayers, into runaway success.

Even with products that gain traction in the market, it takes an ongoing commitment of the aforementioned to remain in the public favor.

As always, the buck stops – and starts – with you, dear CEO. Your organization hangs on your every word, and flexes its market-driven muscle only when you grant your stamp of approval. But are you plugged into the science behind what makes a market winner, or do you find that instinct often takes over in your decision-making matrix? And, fundamentally, what are your go-to-market blindspots?

In this blog series, we hope to diagnose the most common ailments that lead to these blind spots – in my view, any or all of the following:

And perhaps the most dangerous of all, is the blind spot that leads a CEO to believe that once people are aware of your product or service, everyone will want and need it.

In my experience, I’ve seen these CEO blind spots become contagious throughout the organization – causing marketers, too, to accept half-truths about the potential trajectory of their company’s products and services.

In this blog series, it is my hope to help you uncover blind spots in your organization quickly before investment and expectations make it harder to recover. My goal is to promote the self-examination that will put your organization in a stronger position to deliver campaigns, directions and solutions that will ensure future success of your new product launch.

Today, let’s start with the first snag point in the fabric of success:

Sometimes, entrepreneurs and CEOs alike ride the lightning of inspiration to the hands of consumers without taking a beat. They’ll perceive a need and rush to create a product with not enough differentiation to win easily. As a result, they may find themselves battered by the waves of a red ocean marketplace, struggling to survive.

Just winning the competitive checklist is not enough. The target market you focus on, and the why-to-buy, must indicate an overwhelming urgent need for what you’re offering. Otherwise, the urgency to buy won’t be there, and everything will happen slower.

Being a little bit better than the competition -- especially if they have an established brand -- may not be enough to compete. In a crowded, noisy, and competitive market space, a few more checkboxes might not be enough to capture the imagination of an inundated marketplace, bombarded with messaging from ads, content and unsolicited outreach. As a result, it becomes nearly impossible to gain traction and build demand.

Occasionally, there is a killer feature in a new product that could, on its own merits, lift up the demand for the overall product. But cracking the marketing in this manner exacts a hefty toll – millions of dollars in challenger advertising and marketing spend.

We saw this strategy on display in the video game console marketplace about a decade ago, when Microsoft promoted its Xbox as a challenger to Sony’s Playstation 2. Was the Xbox that much better than the PS2? Not by much. Sure, it was more powerful and had features like custom game soundtracks, but otherwise the playability was largely the same. Though hundreds of millions in marketing dollars created artificial lift for the Xbox at launch, it has been enough to survive but not enough to win: Today, Xbox still trails Playstation market share, 47 percent to 16 percent.

The cautionary tale here – rather than burn millions on a “sort-of” better product against a market of titans, you may seek to launch your product into a target market segment that cares more about your better audio and higher power. By gaining traction this way, with a cost-effective marketing plan, you can use this early foothold as a beachhead to build your brand -- ultimately expanding to adjacent market segments where demand might not have been as great out the gate.

Once you have gained traction in these higher demand segments, the adjacent segments may be won over more easily at a more reasonable acquisition cost.

So it’s clear: Your checkmarks must be sufficient enough to get someone to care, pay attention to marketing and switch. The gap has to be great, the pain or need significant enough, otherwise, it will look like marketing/sales is a failure or even the most heroic marketing efforts won’t achieve what’s needed to win.

Here’s a vivid example of a product that just wasn’t better enough, and marketing wasn’t enough to save them:

Remember the Zune, Microsoft’s competitor to the iPod touch? The general opinion is that Microsoft did all right, but maybe not quite enough to counter Apple's dominant grip on the MP3 player market. The Zune might have had an “all you can eat” subscription, which was a more consumer friendly business model, but Apple Music later added this offering, which took the wind out of Zune’s sails and rendered it obsolete. Robbie Bach, the former leader of Microsoft's home entertainment and mobile business, gave his explanation as to why:

"We just weren't brave enough, honestly, and we ended up chasing Apple with a product that actually wasn't a bad product, but it was still a chasing product, and there wasn't a reason for somebody to say, oh, I have to go out and get that thing."

So far Amazon hasn’t learned from Microsoft’s mistake. Amazon Fire Phone and Amazon Spark are recent examples of market flops from a well known brand, where marketing couldn’t save their fate.

Do I have your attention now? Good! Avoid the first blind spot by choosing your beachhead target wisely, where need and desire for your product or service exceeds the average consumer demand. Plus, knowing more about your target customer than the competition will help you maintain your competitive edge as existing players and new entrants chase the tail of your success.

In the next two blogs in our series, I will cover the additional blind spots that separated the heroes from the zeroes, including:

In the meantime, if Chief Outsiders’ fractional CMOs for accelerating growth can be of service to you and your team, please reach out to me so we can discover the marketing support you require to deliver a go-to-market roadmap to success. 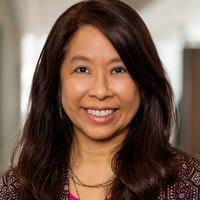