The Four Inhibitors of Engaged Leadership

Little known fact about ducks: Though they exude grace as they glide atop the water, ducks hide a little secret just below the surface.

For all the poetry they project in our view, ducks are actually shuffling their feet quite quickly to achieve that silky-smooth movement.

As a CEO, you know this bifurcated existence all too well. Though you are expected — nee, required — to display a semblance of outward calm, beneath this facade are the fears, insecurities, and realities that come with the job.

So why must you glide and not shuffle — especially given all that the recent past has thrown at business leaders?

It’s a proven fact: If a business leader is passionate, energetic, and hardworking, it filters down to company employees. This is leadership by example at its best.

In addition, an effective leader can quickly gather the information needed to make decisions and act without hesitation. With such a leader, employees are loyal, self-actualized, and tend to go beyond traditional work requirements. Competitors have difficulty replicating this leadership style.

On the opposite end of the spectrum, the costs of being a disengaged CEO can be immense. One study undertaken by The Engagement Institute found that employees left rudderless by ineffective leadership can cost companies between $450 and $550 billion — with a B — per year.

So, what are some of the pitfalls that can derail engagement and cause you to paddle in circles, rather than to glide ahead?

Lacking Authenticity: Having your actions match your words — coming off as being authentic and true — is as simple as doing what you say you’re going to do. To the contrary, if a CEO is saying something about how valuable employees are — and then turns around and cuts retirement benefits or buys himself a corporate jet in a time of austerity — he can inflict significant damage. Being authentic is the first key to displaying the guts and leadership skills to take quick action.

Indecisiveness: A lack of decisiveness can put a stranglehold on your resources, and by extension, your company. Any time not spent on executing the strategy and vision to move the company forward tends to be wasted. One coping mechanism I have observed over the years has been when a leader ends up spending too much time in tactical minutiae, as a distraction to making the big decisions that will move the company forward. A fearful leader — one unable to make decisions — can have a ripple effect throughout the company and create a culture of fear.

Lack of Emotional Intelligence: It’s critical to remain focused on the task at hand, and to see it through to completion. Too many times, I have observed CEOs lose the respect of their employees because it was clear that they were trying to be good at EVERYTHING, and instead weren’t any good at ANYTHING. This often is embodied in a patchwork of short-term fixes that made little sense for the long-term growth of the company (though they did look good on the CEO’s resume). This type of behavior became transparent to the members of the leadership team, and ultimately made it hard to keep people motivated to undertake, and execute, on the big-picture items.

No Support Structure: There are others in your shoes who are grasping for the same brass ring, but struggle with the same insecurities. Groups like Vistage and other executive networking programs provide the missing outlet for the need to have a truly honest and inwardly focused discussion.

I recently met with the CEO of an up-and-coming West Coast beverage company, led by a similarly rising star in enterprise. In his early 30s, this CEO already has expanded nationally and completed two rounds of capital raise. But all this time, he felt the crushing stress of having to undertake this major expansive cycle in isolation. Through the supportive atmosphere of Vistage, the CEO was able to find solace among others who had walked in his shoes.

In our next blog, we will explore the ways an engaged leader uses insights and intelligence to make more effective decisions. Meanwhile, check out my recent interview with OnFire B2B Podcast. 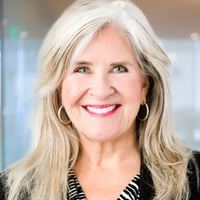