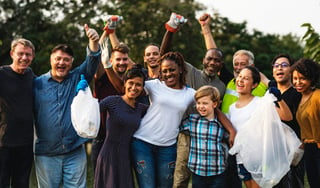 I’m sure many of you read with intrigue recently when Yvon Chouinard, CEO of the revered outdoors company Patagonia, signaled that he was “giving away” his company – essentially, donating the value of his ownership interest to charity.

Though this is a rather extreme example of corporate philanthropy at work, the lesson regarding purpose is especially relevant in these days of corporate transparency. The digital revolution has empowered the public to look deeper than ever before at the enterprises with whom they choose to do business. No longer can a company point to its mission, vision, and values statements as sole evidence of a higher purpose.

Thu, Aug 19, 2021 — How much is just enough? When you are the CEO of a small or mid-market business, this time-honored question isn’t just a euphemism, but a way of life. Obtaining just the right amount of resources – at the right moment in the company’s maturity – can be a game changer. Enter the fractional executive – an experienced, highly-credentialed CMO-for-hire who can be plugged in for a right-sized engagement, without the expense or expectations of a full-time senior marketing executive.

Sun, Mar 12, 2017 — Is your Marketing Team able to provide you a good view of how your Content Marketing efforts are performing?    Are they able to explain to you what the ROI is of the blog articles they are writing? Can they show you the impact of the interviews with you and other members of the Executive team to develop Thought Leadership content? Unfortunately, these questions are not often answered in the affirmative. Looking at your Marketing Dashboards, “Random Acts of Marketing” are often visible as "Random Acts of Content". Although the abundance of data available to your marketing team is unprecedented, it’s also a sad fact that most content marketing is still of the “spray and pray” variety. Mon, May 2, 2016 — The beauty of Patrick Lencioni’s writings has always been how well they resonate with real business experiences. I suppose that’s a direct result of the real-life “fables” he creates for his books (the exception being The Advantage) that tease out a model for excellence that he shares in the later sections. In The Ideal Team Player – How to Recognize and Cultivate the Three Essential Virtues, Pat parlays perhaps his most simple and compelling framework yet; by showing how 1) humility, 2) hunger and 3) (people) smarts are the key virtues employees need to maximize their value for their team and company.

Thu, Oct 29, 2015 — The October 2015 issue of Harvard Business Review contains an interesting article that discusses the value that Chief Marketing Officer bring to organizations, Do CMOs Really Matter? The business press and academic studies have questioned the value of having a marketing person as a member of the executive team over the past few decades. As you can imagine, the answers have varied. 66% of CMOs recently surveyed indicated they are continually under pressure to demonstrate the value of marketing. 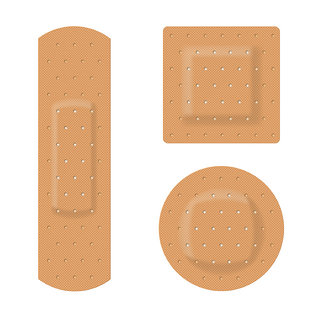 Tue, Oct 20, 2015 — Different Kind of Hiring Hiring a marketing consultant is not exactly like hiring an employee. Here’s why: A consultant should bring value more quickly to your company The problem you are trying to solve is likely finite, not on-going You should expect a consultant’s fees to be disproportionate to a salary So in a nutshell, you should be on the lookout for a firm with an individual who has the experience and track record to quickly add value, and expect this impact will come at a premium as compared to hiring an employee.

Mon, Oct 19, 2015 — Companies seeking a catalyst for growth or working to manage the choppy waters that often result from a changing competitive landscape or economic swings have a relatively new and effective option to consider. Increasingly, these businesses are turning to firms like Chief Outsiders, that are able to plug in part-time “Executives-as-a-Service” who can make an immediate impact.

Thu, Jun 4, 2015 — I frequently talk to chief executives about the value of a focused, well-reasoned strategic marketing plan. Invariably, during these discussions, I’m hit with the big question: “But how can we measure the ROI of our marketing efforts?” It's THE question that makes many marketers shudder, because, let's face it, what they're really asking is "can you please justify your existence, your budget, and your future with this organization?" 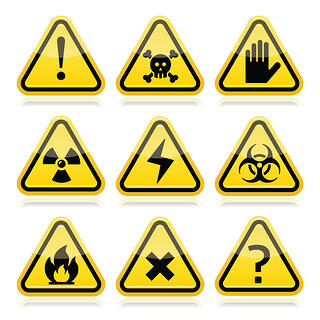 80% of CEOs Have Lost Trust in Their Marketers

Wed, Feb 19, 2014 — The following blog is Part II to my recent blog Over 70% of CMOs failed to deliver expected real ROI for their efforts in 2013  The breadth of discontent among companies with their marketing begs a further look at the why? How have CMOs become less well regarded than say their IT peers, who have something in the neighborhood of a 50% success rating for their projects? Why is the role of the CMO oftentimes the most precarious in the c-suite? Why are 80% of CEOs unhappy with their marketing talent? The consensus seems to be skill level. While many marketers are strong in one or two or even more areas across the board, strength in both left and right brain functions is rare. And oftentimes, the lure of a good creative can be seductive to a CEO, but at the expense of solid business acumen, disappointment is a sure thing. Few marketers have the finance, technical or operations knowledge to effectively lead business modeling, strategy, and positioning as well as marketing functions such as operations and technology, so instead focus on the ‘softer’ or more tactical aspects of the role. 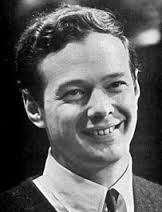 Wed, Feb 12, 2014 — In 1997, Paul McCartney said, “If anyone was a Fifth Beatle, it was Brian.” In my own reflection, manager Brian Epstein could also be called The Beatles CMO. Discovering the band in November 1961 in Liverpool after their many years in Hamburg, Germany playing mainly American rock songs, wearing their jeans and leather, Brian practically turned a miracle with his vision for their potential. Even after being rejected by virtually every record label of the day, Epstein found a way, earned more than any manager of his day (up to 25% of earnings after expenses) and helped build a legacy that seems to be without end. Foundation in Knowing the Market Brian Epstein ran a record store as part of his family’s business. He had the benefit of years of understanding the tastes of the buying public. From this purview, he watched fads ebb and flow.He also had plenty of opportunities to see bands live. He was so successful in his role as at NEMS music store, that when he finally met the Fab Four after a performance at The Cavern, it was Brian who held the most prominence. Reflecting on this meeting with The Beatles, Brian said, “I was immediately struck by their music, their beat, and their sense of humor on stage – and, even afterwards, when I met them, I was struck again by their personal charm. And it was there that, really, it all started.”